Congratulations and best wishes to Raymond Pettibone and his bride Shanna Clouse of Lexington. Raymond and Shanna were married Juy 12 in Lexington. The reception was held at the American Legion Post 8. Raymond is the son of Ron and Darlene Sexton Pettibone. Darlene e-mailed me some pictures. Get well wishes to Beatrice Banks of Beaver Dam. We all love […]

Have you ever seen a goat with a mohawk?

Hello everyone, hope you are all doing well and enjoying your summer. The first thing I want to do is apologize to Gertrude Tyree for not mentioning her name in the picture I put in last week of her grandson Jonathon Adams. I forgot that he was her grandson. I’m with the other grandparents Brenda and Bennet all the time. […]


A clothing giveaway will take place from 10 a.m. to noon., August 6, at the Veterans of Foreign Wars building in Whitesburg. Everyone is welcome. It is sponsored by the Letcher County Family Resource Centers, LKLP, and Migrant Education. For more information, call 633-3146 or 633-7546.

The Kingscreek Community Church campout this weekend was really a God Gospel Event. There was a great turnout and the weather was great, hot and sunny all weekend long. There was so much food, hamburgers, barbecue ribs, fried potatoes, lettuce, onions, soup beans, green beans, baked beans, cole slaw, cakes, cookies and other desserts. Richard Ratliff and many others cooked […]

Veggies all come at once

The garden is coming in. And I have just one small complaint. Name a given variety of nearly anything in a garden and it all comes in at once. This year I purposely planted both zucchini and golden crookneck squash over the course of three weeks. The notion was to have the stuff mature in manageable quantities over the course […] 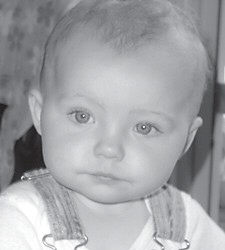 
Lola Shae Johnson will celebrate her first birthday July 24. She is the daughter of Christopher and Amelia Black Johnson of Virgie.

Kids’ Day and Back to School Bash set for July 25th

Greetings from the hills and valleys of Eolia and Eolia Christian Community Outreach. “Keep watching and praying, that you may not come into temptation.” Mark 14:38 NASB This week ECCO has been quieter than usual with SWAP taking off for a week’s break. But we’ve still had much activity with Monday being pantry day and the usual business of the […] 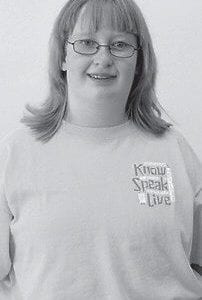 Young author will have book signings


Grayson Shamarra Holbrook, 13, of Colson has written three children’s books about a character she created named Plate Head. She wrote her first book when she was six years old. “She loves to read so she wrote stories so other children could read them,” said Shirley Sexton, Grayson’s grandmother. Grayson will be holding book signings at 2 p.m. on August […]

Well, this week has been pretty good. The races weren’t as good as they normally are but they were okay. From what I hear they are going to be really good next week. The Kings Creek Community Church had a church campout on the Rondal Meade farm. It was fun. They had games, food and drinks. There was a big […]