Greetings from the hills and valleys of Eolia and Eolia Christian Community Outreach. A merry heart doeth good like a medicine. Proverbs 17:22 Last week at ECCO was a busy and fun week with several community volunteers helping out with the many chores and little projects. We were happy to receive a load of sweet potatoes from ARM which are […] 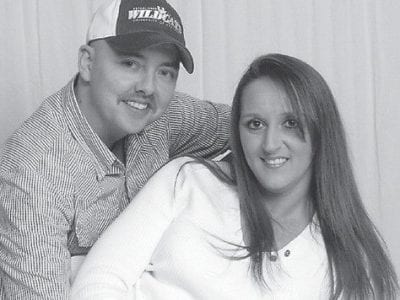 
Paul and Sondra Rose of Neon, announce the forthcoming marriage of their daughter, Pauletta Louise, to Benjamin Steven Profitt. The bridegroom-elect is the son of Ollie Profitt of McRoberts and the late Dennis Profitt. The wedding will be held at the First Church of God in Neon at 6:30 p.m. on Saturday, September 13. The custom of an open wedding […]

My great-niece, Emmaleigh Adams, fell at school and broke her leg. She had to spend a night in Hazard Hospital. She had to be put to sleep the next day and they set her leg and put a cast on her. The cast goes from her toes all the way to the top of her leg so she can only […]


Pine Mountain Settlement School will offer workshops in dry stone construction, digital photography, and hickory bottom chair weaving during a fall arts weekend Oct. 10-12. Master stonemason Richard Tufnell, who lives in France, will lead the dry stone construction class. He is the co-founder of Dry Stone Conservancy Inc. and has worked on dry stone projects throughout the world. Jan […]


An open house will be held at Letcher County Central High School on Monday, Sept. 15, from 5:30 to 7:30 p.m. Teachers will be on hand to talk with parents and students’ progress reports will be available. Also on Sept. 15, the Letcher County Health Department will give immunizations at the school. Parents are asked to return permission notes to […] 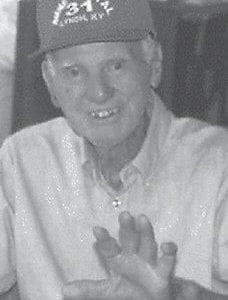 
Lloyd J. Caudill, 89, formerly of Vero Beach, Fla., died July 30 at home in Lake City, Fla., where he had lived since 1983. Born at Eolia, he was married to the late Bertha Caudill. He was also preceded in death by a daughter, Loreen. Caudill worked in the coal mines of Kentucky for more than 17 years and moved […]

It looks a lot like fall. It will not be too long until cool weather. Now it is up around 90 degrees every day and that is hot. Makes one hunt for a cool spot. We are so thankful to have a heat pump, but now the cool air is used. I know as we were growing up, we worked […]

First, let me say it is a beautiful time to be in Letcher County, Kentucky. The days are getting shorter and the weather is cooling down. Sometimes the nights are downright chilly. The goldenrod and the yellow black-eyed Susan flowers are decorating the fields and roadways, and the big, tall, purple-topped weed that I won’t let Ray mow because I […] 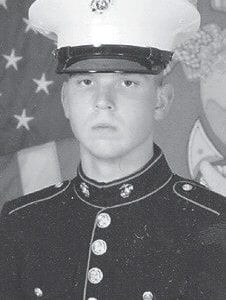 
Lance Corporal David Ian Barnett is stationed at Camp Lejeune, N.C. He was assigned to Combat Logistics Battalion 24 after completing school at Fort Leonardwood, Mo. The battalion is attached to the 24th Marine Expeditionary Unit currently deployed to Afghanistan. Barnett is a Whitesburg High School graduate and is the son of David and Regina Barnett of Lynn Haven, Fla. […]

There has been so much sadness since my last column due to the deaths of some of our good neighbors and friends. Lowell Caudill of Doty Creek, just couldn’t get over his health problems and died on August 26 at Pikeville Medical Center. His family stayed by his bedside throughout his sickness. The overflowing crowd that came to the funeral […]