Should dealer do scheduled service?

Dear Tom and Ra y: My husband and I disagree on many things, but with this one, we both think you can help! We have a 2005 Nissan Sentra, and it’s time for its scheduled 30,000-mile checkup. Because we still have the warranty, I prefer we go to the dealer and have this routine maintenance done (I hear doing it […]


ARIES (March 21 to April 19) Try to say as little as possible about the work you’re doing through the end of the month. Then you can make your announcement and accept your well-deserved plaudits. TAURUS (April 20 to May 20) You face a more difficult challenge than you expected. But with that strong Taurean determination, you should be able […]

ALL MY CHILDREN — To keep Gabrielle from being fought over in court, Reese agreed to give Bianca custody. Bianca had a chilly goodbye with Kendall before returning to Paris. Reese moved in with Adam. At the Go Red ball, Reese drank the spiked drink meant for Krystal. She also learned that Kendall was driving the night Greenlee died. Reese […]

• To extend the time between dusting blinds, use fabric-softener sheets. They repel dust and give wood, plastic or metal blinds a nice cleaning. • “In a hurry to pay for a large order of groceries? When unloading the cart, turn all bar codes toward the cashier!” — D.M. in British Columbia • “Here’s a great way to save money […]

“Honey, is Cousin Donna’s birthday next week? Or is Roger’s birthday next week, and Donna’s the week after? And what in the world are we gonna give them?” If keeping up with birthdays (and the cards and gifts that go with them) is less happy and more hassle than you’d like, then we’ve got an answer for you: CardStore from […]

Kentucky’s win against Tennessee was a notch down from gorgeous, but was pretty enough to earn the delight of Big Blue Nation. A 13-0 run from the get-go and an exclamation mark at the end. A Vols Sweep is UK’s season highlight so far. The Wildcats’ play was poised, patient and selfless (23 assists) and postgame buzz “… if only […] 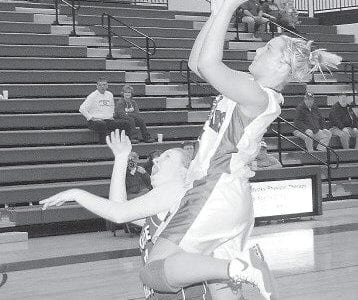 
The Letcher County Central Lady Cougars, led by their “Edith Bunker” defensive pressure, stifled Knott County Central into 34 turnovers (which included 25 steals) in easily downing the Lady Patriots 58-33 on their home floor Monday evening in the opening round of the girls’ 53rd District Tournament. “It’s always tough to play on the road in someone else’s gym and […] 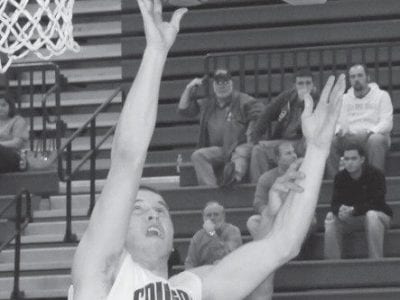 After finishing the regular season with a record of 19-7, the Letcher County Central Cougars must really get serious as the district tournament in now underway at Knott County Central. The Patriots are the number one seed going in and they are very hard to beat on their own floor. They are 8-0 in district play. The Cougars are the […]

Until Kentucky Speedway officially announces that NASCAR has given it a Sprint Cup date, Bristol Motor Speedway will always be considered the home track of the Commonwealth. Fans have known for years that some of the best racing on the entire Cup schedule can be found only a few hours from the state’s southeastern border. Bristol has been one of […]