After losing to Jenkins 5-0, the Lady Cougars softball team bounced back with a 4-2 win at Harlan County Central the next day. HCCHS got an early lead in the bottom of the first when Harlan’s Pennington started things off with a double and scored off a single by Carruba to take a 1-0 lead. The score stayed that way […]

Recent heavy rains caused many lakes to rise several feet above summer pool, but most of our area lakes are pretty well at or close to normal. From what I have seen, the color of the water at Carr Creek Lake is very good and the lake should produce some good fishing. Some bass have been on the nest and […]

The 25th edition of NASCAR’s Sprint All-Star race from Lowe’s Motor Speedway will go down as one of the best moments in the history of the sport. The talk of empty seats, boring racing and declining TV numbers definitely took a back seat to what we saw on Saturday night as NASCAR, Sprint, Lowe’s Motor Speedway and the Speed Channel […] 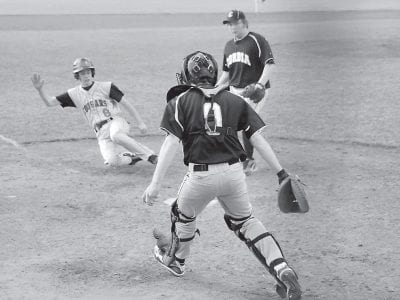 The regular season came to a close for the Jenkins High School Lady Cav softball team with a home game against the Pikeville Lady Panthers on May 16. They also played games against Letcher County Central and Sheldon Clark during the week. The Lady Cavs won all three of these games to finish the regular season with a record of […]

While we marvel at Rich Brooks’s rise to fifth-ranked genius among SEC coaches, up from 12th, the Commonwealth’s hottest new celebrity is back in the news. John Calipari, who on Tuesday got a committment from John Wall, the nation’s number one point guard, was trying to put the brakes on fan expectations next season and drew support from an NBA […]

RALEIGH, N.C. John Wall, one of the nation’s most sought-after high school recruits, has decided to play for John Calipari and Kentucky. The point guard from Word of God Christian Academy in Raleigh had been pursued by numerous schools including Duke, Kansas and Miami. But he has committed to play join Calipari and the Wildcats, according to several media reports. […]

Remember when you were just a little towhead growing up and all the things you did to help make a hard life a little better and how hard your neighbors worked too? I remember hearing that memorable “whoa, gee, haw, get up” all day long, and not too far away. Early the next morning you could hear that familiar clack, […]

• Need a tablecloth for your picnic table on a windy day? Just use a twin-size fitted sheet. It goes on easy, and the elastic keeps it on the table in even the hardiest gusts. It’s a snap to remove, too. • “For those of you who like to walk your dog at night, like I do, wrap the sides […]

– It was American comedian, actor, and writer George Burns who made the following sage observation: “The secret of a good sermon is to have a good beginning and a good ending, then having the two as close together as possible.” – If you’re like the average American, you watch a whopping 4 hours and 44 minutes of television every […]

Plan now for a better future

May is Older Americans Month, and the theme for this year’s observance is “Living Today for a Better Tomorrow.” While much of the theme’s emphasis is on the need for aging Americans to take care of their physical well-being to ensure a healthy future, the theme can also apply to their financial well-being. Not only personal finances, but how older […]