June 4 1959 Progress in the work of an extensive renovation of Doermann Memorial Presbyterian Church at Blackey is underway under the auspices of home mission agencies of the Presbyterian Church, U.S. The church roof is being replaced. The building is being painted. Sunday school rooms are to be constructed in the basement to accommodate mission Sunday schools from the […]


rate has risen slightly, but remains the lowest in the eight-county Kentucky River Area Development District. According to statistics released by state government this week, Letcher County’s jobless rate was 9.4 percent in April, up from 9.1 percent in March. Even though its unemployment rate went up, Letcher County still had more people working in April (7,964) than in March […] 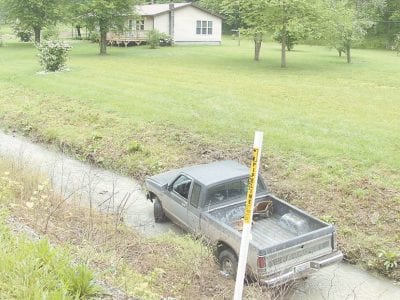 
A 24-year-old Letcher County man whose conviction in a case involving three vehicular deaths was overturned earlier this year lost control of a small pickup truck he was driving last week and crashed into a creek, witnesses say. Witnesses also say the man, Jason Ray Ison, fled the scene after the wreck. The mishap occurred last Tuesday evening in the […] 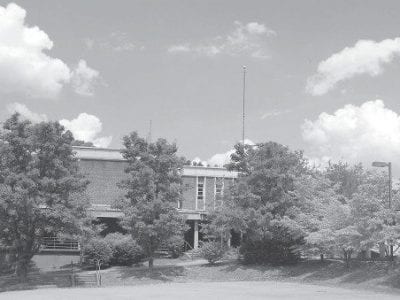 Board is looking to sell off portions of old high school


The Letcher County Board of Education is speeding up the process of selling one of the old Whitesburg High School buildings. The board met in special session this week to approve the transfer of a portion of the old high school property from the Letcher County School District Finance Corporation to the school board itself. The step was taken after […]

The most notable downsizing of the American home has been in its price. The luxury end usually escapes the worst of housing downturns, but not this time. For those seeking a reprieve from teardown mania, this is not a bad development. I refer to the trend whereby bungalows, Cape Cods and other assorted gracious homes are flattened and replaced by […]

WASHINGTON It seems so long ago. In the weeks after the 2004 election, one exit-poll finding lit up the political world. The survey showed that “moral values” were the single most important issue in the election, narrowly outstripping even the economy and terrorism. The moral values voters went 80 percent for George W. Bush, and conservative commentators scolded the dreaded […]

Memorial Day relaxation got an unpleasant jolt with the news that North Korea had set off its second nuclear bomb. The first Korean test, in October 2006, was bad enough — announcing that the totalitarian regime had joined the nuclear club. The second test showed that the tyrannical gang had not backed off from brandishing its nuclear arsenal. We tend […]

It’s not about ideology

What I have no interest in doing is running GM,” President Barack Obama said on Monday, as he assumed ownership of the beacon of free enterprise. “The era of big government is over,” then-President Bill Clinton famously declared, and even if no one believed it, virtually everyone thought it a very politic thing to say, for the first Democratic president […]