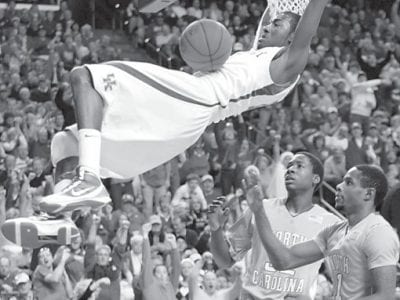 John Wall looks to enjoy every minute of season

LEXINGTON John Wall doesn’t know how long he’s going to be at Kentucky. The freshman point guard says he’s taking 15 credit hours during the spring semester, but isn’t sure whether he’ll enroll in classes or the NBA next fall. His time might be short, so why not dream big? Why settle for a national championship when there’s a chance […]

Brave the cold, fish for smallmouth


The Letcher County Central High School Lady Cougars stretched their winning streak to 11 straight and improved their overall record to 13-1 with Saturday night’s victory over visiting regional rival Leslie County. “At times, we’ve played really well this year,” said Lady Cougar coach Dickie Adams, “but we expected to play this year but we just haven’t been consistent for […]

Let’s try to learn from our mistakes

As we begin a new decade, let’s stop and look back at the one that just passed. To me, it seems that from 2000 through 2009, the years went by like the white lines on the highway, at 60 miles per hour. I don’t want to make the same mistakes that I made in the last 10 years. If we […]

LEXINGTON Kentucky football coach Rich Brooks retired Monday after seven years in which he engineered the probation-riddled program’s rise to perennial bowl participant, explaining it was time to turn the job over to his successor-in-waiting, Joker Phillips. “This is the end of the road of the old man’s coaching career,” said Brooks, who spent 25 seasons as a college coach […]

Johnson will repeat in 2010

Hard to believe that it is just a little over a month until the Sprint Cup community loads up and heads south to Daytona to begin what can best be described as a marathon of a season that doesn’t end until it’s time to kill the turkey for Thanksgiving. It’s 10 pressurefilled months of racing followed by an off season […]

E-m@il address In addition to the telephone and the U.S. Mail, The Mountain Eagle accepts comments to Speak Your Piece by electronic mail. Our address is: mteagle@bellsouth.com I would like to thank G.C. Kincer and WGCK radio for the great community service they provided during the power outage and storm of December 18. G.C. was out on the road giving […] 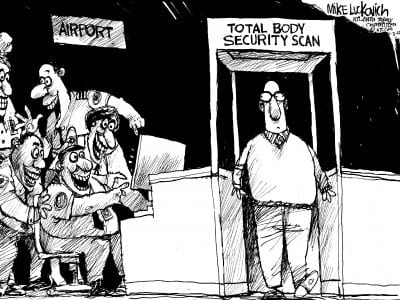 Regulate terrorists, not the rest of us

You didn’t get a virgin when you drew me as one of your political commentators, for I’ve been through the fires of Texas politics, including having been elected state agriculture commissioner. Among other duties, this office made me the regulator of such matters as pesticide use, the accuracy of gas pump gauges and even the sizing of eggs. I can […]

WASHINGTON As they enter this difficult election year, Democrats seem ready to engage yet again in a debate they never seem to tire of: whether winning demands “moving to the center” or “mobilizing the base.” If they get stuck on this one, they’re in for a very bad time. The simple truth is that in midterm elections, no party can […]