Snow is blowing across much of Kentucky right now, and forecasters predict we won’t crest the freezing mark for a while. While this week’s Arctic winds are making life more difficult now, our current conditions should make for better fishing in the future. “This cold snap will help the float-and-fly pattern for smallmouth bass,” said Gerry Buynak, assistant director of […]

Phillips will do well as UK’s grid coach

All who pass this way leave a mark if only a bad tattoo. A few stay awhile and leave an indelible one. Rich Brooks did. Those who coach football at Kentucky don’t stay long or they dig foxholes, wear combat helmets and deal with ghosts of disasters past . . . Hal Mumme, John Ray . . . Bill Curry. […] 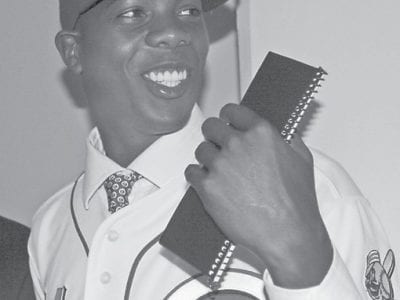 CINCINNATI Aroldis Chapman knew so little about baseball in the United States that before he could pick a team, he had to look at a map. The lefthander from Cuba had never seen a major league game on television and couldn’t name all the teams. He finally settled on one that wears a distinctive “C’’ on its red cap, like […]


With their easy 95-45 win over visiting Jenkins on Jan. 11, the Letcher County Central Lady Cougars are now 14-1 with a 12-game winning streak. Over the next two weeks, the Lady Cougars will hit perhaps their toughest stretch of the season. LCCHS travels to June Buchanan for a rematch tomorrow night (Thursday) and then travel back to central Kentucky […]

Jig fishing for bass in winter

The jig has always been a top producer in winter of both largemouth and smallmouth bass. When the water temperatures are above 50 degrees, some anglers prefer a rubber skirt jig with a plastic trailer, then switch to a hair jig and a pork-type bait when the water is below 50 degrees. This combination of a hair jig and pork […]

A silent winter at NASCAR

When it became apparent that success on the Sprint Cup circuit had a direct correlation with the amount of money and resources at the disposal of an owner, NASCAR decided to make some changes. The sanctioning body set limits on the maximum number of teams one owner could field in the series and it also began limiting the number of […]

The snow is flying, it’s 16 degrees, and has been for what seems to be a lifetime. With the wind chill it is 6 degrees. In my book that is cold. First, a report on the December 26 youth rabbit hunt. Needless to say, the gods didn’t smile on this event. First, the timing was terrible. It was held the […]

Lane Kiffin is returning to Southern California as the Trojans’ coach after just one season at Tennessee. Kiffin was chosen Tuesday to replace Pete Carroll, his mentor and employer for six seasons. Kiffin was the Trojans’ offensive coordinator before his brief stints with the Oakland Raiders and the Volunteers. His father, respected defensive coach Monte Kiffin, and longtime USC assistant […]

E-m@il address In addition to the telephone and the U.S. Mail, The Mountain Eagle accepts comments to Speak Your Piece by electronic mail. Our address is: mteagle@bellsouth.com What is up with the county’s garbage collection service, especially in District Five? It’s been days since they’ve bothered to pick up garbage near the Letcher-Pike county line. I’m getting tired of having […] 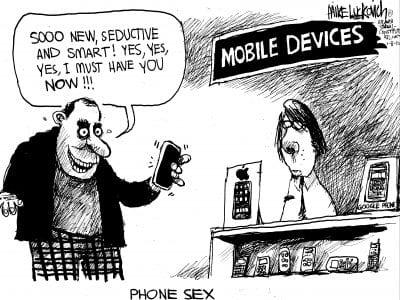