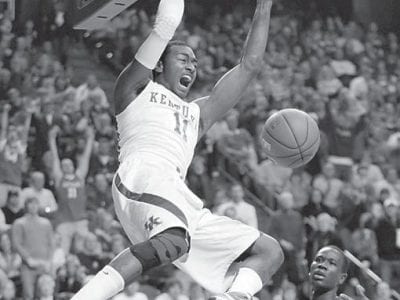 Wall back to ‘having fun and winning games’

LEXINGTON John Wall raised his arms, waited for the long pass from teammate Eric Bledsoe then rose up for a vicious dunk. The heralded Kentucky freshman screamed as he landed, then added a sly little smile before racing back on defense. Turns out all Wall needed to break out of his funk was a couple of dunks and perhaps his […] 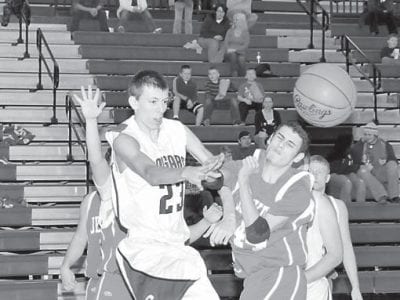 
Letcher Central sophomore forward Kendall Ballou fought off Jenkins forward Ethan Bowling to make a pass during the Cougars’ 89- 25 win over the Cavaliers.

This may be a cold time of year to many people, but to smallmouth anglers it is the time of the year for some of the hottest action. I have received reports and pictures of nice smallmouth bass being caught at several lakes. Smallmouth bass will remain active during the winter months and will still hit a bait hard and […]

The snow and cold that has dominated the Commonwealth in recent weeks tells us that it is still winter, but this weekend the temperature should warm up somewhat for all of us as we will once again see a green flag wave at Daytona. This Saturday night will be running of the 32nd annual Budweiser Shootout which signals the beginning […]

I need to start this week on a down note, and hope to get happier as we go along. Yes, bad things do happen to good people. I will talk about two things that were brought to my attention this week. First, the death of my friend Steve Frazier. I had known Steve as long as he was on this […]

E-m@il address In addition to the telephone and the U.S. Mail, The Mountain Eagle accepts comments to Speak Your Piece by electronic mail. Our address is: mtneagle@bellsouth.com I know Al Qaeda appreciates the United States news media announcing that we’re prepared for chemical or biological warfare. It just doesn’t make no sense for us to broadcast this to the whole […]

Obama budget a leap of faith on future growth

EDITOR’S NOTE: An occasional look at assertions by government officials and how well they adhere to the facts. WASHINGTON President Barack Obama’s proposed budget relies on a commission without teeth to help his administration wrestle the deficit out of the danger zone. It forecasts stronger economic growth than most economists expect and calls on Congress to cut programs that lawmakers […] 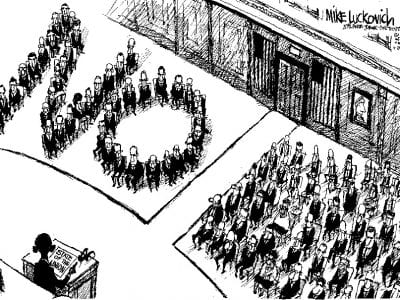 WASHINGTON The nation owes a substantial debt to Justice Samuel Alito for his display of unhappiness over President Obama’s criticisms of the Supreme Court’s recent legislation — excuse me, decision — opening our electoral system to a new torrent of corporate money. Alito’s inability to restrain himself during the State of the Union address brought to wide attention a truth […]

Off in the New Age

Money, spirituality and something else combined last October to set off a ghastly tragedy near Sedona, Ariz. Participants in a “Sweat Lodge” ceremony, run by New Age impresario James Arthur Ray, were overcome with heat. Three died, and 18 were hospitalized. Yavapai County investigators could charge Ray with homicide. New Age is a spiritual movement that combines astrology, folk religion, […]