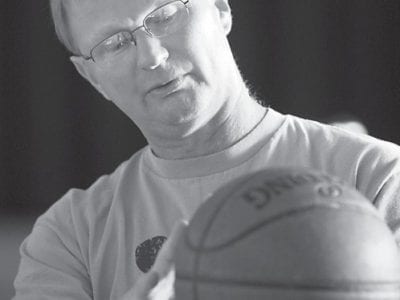 Game’s easiest shot can also be most vexing

WICHITA, Kan. Clevin Hannah takes a breath and walks up to the line, straddling his feet squarely over the midpoint. The Wichita State senior spins the ball once, dribbles three times, spins it again, then gets a good grip before letting fly. Swish! Nearly every time. If only it were that easy for everyone. Cool and confident under pressure, Hannah […]

One bait can be fished in the dead of winter or in the heat of summer in the exact same area at the same depth and catch bass. This a bait many anglers will never throw, but when fished in the right areas at the right times can be a bass catching lure. The lure I am talking about is […]

The sun is shinning, the temperature is above freezing, and I am alive and well for another day. What more could a person ask for? This is the first day in 21 that I’ve not had a cold, it’s not snowed, and it’s above freezing. The Struttin’ Time stories should roll, now I feel energized. I will be leaving for […]

Racing is a very big business

It is no secret that NASCAR has been working all winter long to make sure that the product we see on the track each weekend has improved when compared to the last couple of years. The racing had become too predictable and the individuals that made up the sport were being made into robots, as they feared the iron fist […]

The John Wall craze has become, well, insane. Distorted too. At Vanderbilt last week, John Calipari’s team had nine assists, one by his point guard in 38 minutes. Patrick Patterson? 12 attempts. A dozen shots from the team’s All- American is courting disaster. At game’s end, Wall’s lone spectacular play was enough to overshadow a mediocre, even selfish performance, and […] 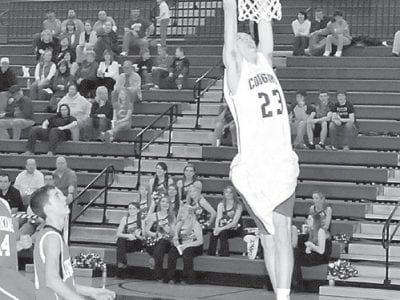 For less than a single round of golf, you can fish all year long. You can hunt squirrels, rabbits, raccoons and coyotes all season for less than the cost of a tank of gas. Fifty dollars buys you the opportunity to take two deer — hundreds of dollars’ worth of meat when compared to grocery store prices. As the new […]

E-m@il address In addition to the telephone and the U.S. Mail, The Mountain Eagle accepts comments to Speak Your Piece by electronic mail. Our address is: mtneagle@bellsouth.com Hey, religious man. You’re doing a pretty good job of having another man’s wife. But you know what? The Bible says all whoremongers will have their part in the lake of fire. You’re […]


Another national survey, and yet another poor ranking for the Appalachian region. Will the latest report foster change, or will it merely reinforce perceptions — from people living inside the region as well as outside of it — that states such as West Virginia and Kentucky have more challenges than most? That would seem to be the overriding question. Survey […]