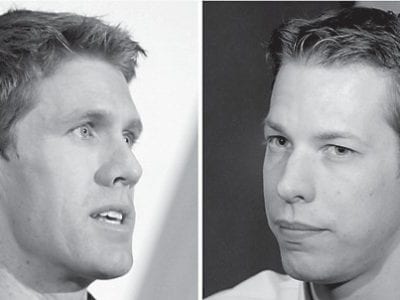 CHARLOTTE, N.C. Sticking with its “boys, have at it” attitude, NASCAR placed Carl Edwards on probation for three races Tuesday for deliberately wrecking Brad Keselowski’s car last weekend in Atlanta. Edwards will be monitored by NASCAR through the April 10 race at Phoenix but may drive in the Sprint Cup and Nationwide Series. NASCAR president Mike Helton said Edwards acted […]


NASCAR spent the winter trying to convince everyone that it was going to try several diff erent changes to the Sprint Cup Series in an effort to increase both the excitement and competition on the track. It didn’t take long for one of the new rules relating to the ending of a race to come into play as the season-opening […]

Our much sought after turkey season is only a few days away — youth season is April 3 and 4, regular season is April 17. I have not been out in the woods, so I can’t talk much about what the winter has done to our wildlife, be it couldn’t have helped. As you may know or not, Quail Unlimited […]


Sign-ups for Whitesburg Little League for boys and girls ages 5 to 15 will be held March 6 and March 13 from 10 a.m. to 2 p.m. in the district courtroom in the Letcher County Courthouse. Tryouts will take place March 20 and March 27 at noon at the baseball field on the bypass across from the entrance to Whitesburg […]

E-m@il address In addition to the telephone and the U.S. Mail, The Mountain Eagle accepts comments to Speak Your Piece by electronic mail. Our address is: mtneagle@bellsouth.net Elected officials are not smart enough to figure out how to get people to pay the garbage bill. Next thing they want to do is raise it $15 to $18 for those who […]


It’s by design that slick ads strive to make credit cards appear to be as friendly as your new puppy, or to be there for you in times of trouble just like your next-door neighbor. But behind all the smiles, the singing, the happy talk and the hawkers who appeal to you with “free” off ers and T-shirts, consumer credit […] 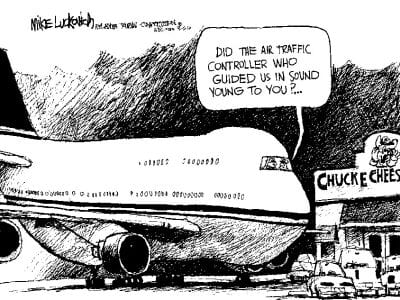 WASHINGTON In a city where the phrase “bipartisan initiative” is becoming an oxymoron, the urgency of containing the damage the Supreme Court could do to our electoral system creates an opportunity for a rare convergence of interest and principle. At issue is the court’s astonishingly naive decision in January that allows unlimited corporate spending to influence elections. Its 5-4 ruling […]