Wildcats come a long way in just one year

From nowhere last year to New Orleans this week. From the outer reaches (NIT) to core group (NCAA No. 1 seed), that’s Kentucky. The Wildcats earned the school’s 50th trip to the Big Dance this week and Big Blue Nation expects its team to be dancing to Syracuse on the way to Indianapolis. Anything short of Indy will be like […]

LEXINGTON The field for the 2010 boys’ state tournament may not have a favorite, but it’s definitely top-heavy. When the Kentucky High School Athletic Association Boys’ Sweet Sixteen tournament opens Wednesday at Rupp Arena in Lexington, half of the teams competing on the first day will be ranked in the Top 10. “It isn’t a secret that the top half […]

Catching fish during a cold front

When cold fronts arrive during the spring warming season, fish such as crappie and bass will feel stressed and will not feed or be as active as they were in the warmer, more stable weather. Fish that were starting to move to shallow water to feed will return to deeper water, most of the time to the first area with […]

Until the day that Kentucky Speedway can officially say that it has a spot on the Sprint Cup schedule, Bristol Motor Speedway will be considered the “home” track of Kentucky. The world’s fastest half-mile track is just a couple hours east of the border, and every fan that has ever made the pilgrimage to Bristol will tell you it’s the […]

Turkey sightings mean spring is near

Spring is in the air. I can smell it, taste it, feel it, but more importantly, I heard it — the gobble of some big long beards. While standing in, well let’s say an unknown area in Letcher County, the big boys where bellowing last week. My spirits lifted when I saw a nice one of them with about a […]

ATLANTA Kentucky is back in a familiar place — atop the Southeastern Conference and dominating the league awards. Freshman sensation John Wall was named player of the year and newcomer of the year on The Associated Press All-Southeastern Conference team released this week, and John Calipari made it a clean sweep for the Wildcats by taking the coaching honor. After […] 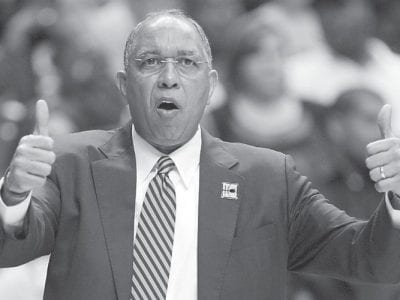 Tubby gets bid after ‘trying’ season

MINNEAPOLIS Tubby Smith thought he had seen just about everything in his 19 years of coaching basketball. Then this year came along. In his third season at Minnesota, Smith lost his two best recruits to legal entanglements and his starting point guard to an academic suspension. The team that was left endured seven losses by five points or less and […] 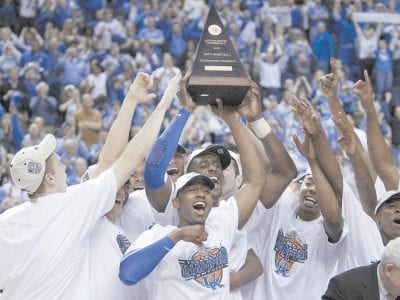 Who needs a fishing license?


A Kentucky farm owner invites his brother, nieces and nephews from the city for an afternoon of fishing at the pond behind his house. The farm owner tells his guests not to worry about a fishing license since they plan to fish on his land. However, the visitors in fact do need their license. “If you live in Kentucky and […]

E-m@il address In addition to the telephone and the U.S. Mail, The Mountain Eagle accepts comments to Speak Your Piece by electronic mail. Our address is: mtneagle@bellsouth.net This is to the 60 year-old retired coal miner looking for a woman, 40 to 50 years old: If you want someone who doesn’t do anything, get a mannequin. Then you can stand […]