Eric Bledsoe is no longer a rookie. Last Saturday in New Orleans, Kentucky’s other guard spotted a crack of daylight between Wake Forest defenders and went for it. He had to know “thug boy” Chas McFarland was lurking somewhere, but Bledsoe took a hop, skip and flew anyway. Dunk! Al-Farouq Aminu and others dressed in black had to wonder, “What […]

Wild turkey season may be best seen in 10 years


When Kentucky’s spring wild turkey season opens April 17, hunters can expect to find a bounty of gobblers. “It’s looking like one of the best seasons in the past eight to 10 years,” said Steven Dobey, wild turkey biologist for the Kentucky Department of Fish and Wildlife Resources. “There will be lots of 2-year-old birds, and they do most of […]

Now is a good time to be on the water fishing, because the bass are starting to move to more shallow water to feed and to look for areas to spawn in a few weeks. The larger female bass will look for shallow soft bottom areas in the back of coves and flats to make their nest and lay their […]

Some races will always stand out in the career of a Sprint Cup driver, and Sunday at Bristol was one such race for four-time defending champion Jimmy Johnson. Bristol has always been a tough track for Johnson and his crew chief, Chad Knaus, as the two had made 16 previous trips to the world’s fastest half-mile track before making their […] 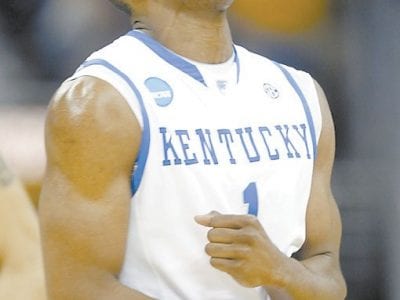 LEXINGTON Kentucky sophomore Darius Miller is peaking at the right time for the Wildcats. Miller exploded for a career-high 20 points in Kentucky’s 90-60 win over Wake Forest in the second round of the NCAA tournament. Miller made 7 of 9 field goals while grabbing nine rebounds as the Wildcats moved into the round of 16 for the first time […]

E-m@il address In addition to the telephone and the U.S. Mail, The Mountain Eagle accepts comments to Speak Your Piece by electronic mail. Our address is: mtneagle@bellsouth.net This is to the old man who lives in Improvement Branch in Jenkins: The whole neighborhood knows it is you who keeps calling the law on your neighbor. So back off . • […]

No Republicans supported Medicare in the House of Representatives until it reached the floor. It came out of the House Ways and Means and Rules committees on strict party-line votes. On the procedural vote that brought Medicare to a vote, exactly 10 Republicans voted for the bill. Only when it was clear that Democrats had the votes did it become […] 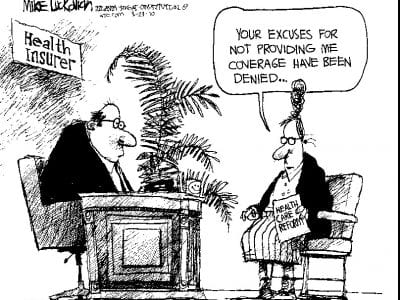 WASHINGTON Every nation needs an intelligent and constructive form of conservatism. The debate over the health care bill, which mercifully came to a close on Sunday night, was not American conservatism’s finest hour. In its current incarnation, conservatism has taken on an angry crankiness. It is caught up in a pseudo-populism that true conservatism should mistrust — what on Earth […]