Wall is best of all ‘one-and-done’ players News & Views

Flash, flair and fun — John Wall’s game came in Technicolor with a Wow! factor and Kentucky fans loved it all and embraced the kid who brought it. Even at one and done he was the best. Good-bye, Johnny Ballgame. By custom, and because UK basketball has a New York Yankeelike Hall of Heroes, we compare gifted ones who passed […] 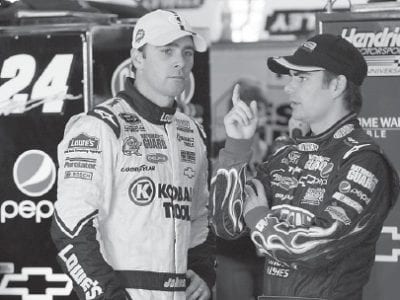 TALLADEGA, Ala. Jeff Gordon, for at least a decade, was the biggest star in NASCAR. He dominated the sport on the track, steamrolling his way to 47 victories and his first three championships over a four-year span during which he was nearly unbeatable. And he transformed NASCAR away from the track, becoming the first driver to dazzle Madison Avenue and […]

Carr Creek Lake on the improve

I have fished Carr Creek Lake ever since it has been there. This was a good fishing lake for several years after it was built. These are the same stages that any young lake goes through over the years. The fishing will be good for the first few years and then it seems the fishing will slow down. This is […]

If you have been a longtime follower of the sport of NASCAR’S Cup racing, then you know there comes a time in the season when the changes for the following season begin to be made public. Of course, some of them are the worst kept secrets in the sport and have long been made known, just not “officially” announced. In […]

The good, the bad, and the ugly

This week we are going to talk about the good, the bad and the ugly. First, the good. The City of Whitesburg had a very good hotdog lunch on April 16 at City Hall. I had the honor of getting to see some ole friends of mine. Two I want to mention by name, the rest I won’t attempt for […] 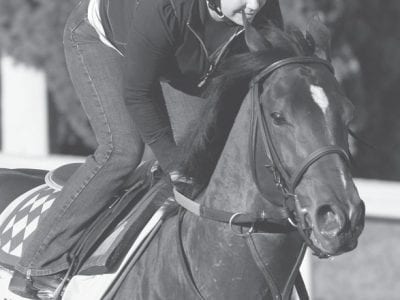 Do not run the Kentucky Derby at night

By BILLY REED
Special to The Mountain Eagle

LOUISVILLE The addition of light poles around the track at Churchill Downs has done more than make the hallowed home of the Kentucky Derby look like your basic NASCAR or harness-racing oval. It has inspired thoughts that sooner rather than later, the world’s most popular race will be run at night. Back in the day, the Derby was run around […]

Spawning season, good fishing is upon us


Crappie spawn when the dogwoods bloom, the old saying goes. The white bass run when the redbuds burst out in spring. Old grizzled anglers claim they can smell when the bluegill spawn in a pond. These old sayings about when fish move shallow to reproduce aren’t too far off the mark. The jury is still out on whether someone can […]


Just a few days remain before the April 30 deadline to apply for Kentucky’s 2010 elk hunt. With a 90 percent success rate among bull elk hunters and a application fee of $10 for one of the 800 quota hunt permits being issued this year, thousands of hunters from across the United States are expected to register. Kentucky’s elk herd […]

E-m@il address In addition to the telephone and the U.S. Mail, The Mountain Eagle accepts comments to Speak Your Piece by electronic mail. Our address is: mtneagle@bellsouth.net Patriotism is the last refuge of scoundrels, according to our founding fathers. Friends of Coal are not friends of coal miners. They are friends of coal operators. Coal operators make a profit at […]

We must not fail our miners


A host of dignitaries, led by President Barack Obama, went to Beckley, W.Va., recently to pay tribute to the lives of 29 coal miners who were killed after an April 5 blast deep inside the Upper Big Branch Mine, the worst U.S. mining disaster since 1970. Twentynine white crosses lined the Beckley stage, and the lamps of 29 miners’ helmets […]