I can’t quite remember certain things that happened in college, particularly during my junior year “abroad” at Dartmouth. I’m sure some of that is age (in this case, a rare blessing), but the larger part is that I don’t want to remember. And I can’t imagine wanting anyone else to, either, at least not with any greater accuracy than their […]

A lame and spineless duck?

WASHINGTON The lame-duck session of Congress that kicked off this week will test whether Democrats have spines made of Play-Doh, and whether President Obama has decided to pretend that capitulation is conciliation. Congress faces an enormous amount of unfinished business, largely because of successful GOP obstruction tactics during the regular session. Republican senators who declare themselves moderate helped block action […]

Liberals have much to like in plan to reduce deficits

Many liberals went bananas over the new plan to reduce defi- cits. The ideas put forth by the chairmen of President Obama’s bipartisan deficit commission ignore their priorities, they lament. Liberals are entitled to be crabby because they’ve been doing the hard budget compromising since the Clinton era. And what business is it of the chairmen — Erskine Bowles, a […]

So, what’s it like to live in the Bedbug Capital of America? Let’s just say it was a lot more fun when New York City was synonymous with things other than small bloodsucking parasites. Things such as Broadway! And culture! And the Statue of Liberty, with all those huddled masses happy to breathe free, not ONE of them suing a […]

Such a thing as taking frugality too far

Dear Tom and Ray: My husband insists that taking the center seats out of our Toyota Sienna will increase our gas mileage and save us a lot of money over time. I don’t mind them being out sometimes, but he doesn’t want to put the seats in for friends, who then have to ride in the third seat, which is […] 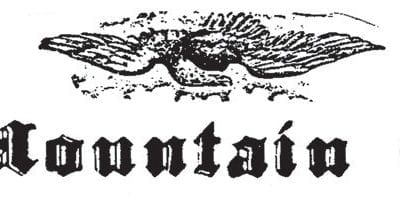 
Clips from Mountain Eagle front pages over the past 50 years November 17, 1960 Strip mine operators who are not complying with regulations set by the 1960 Kentucky legislature face a crackdown on Dec. 5. State Commissioner of Conservation J.O. Matlick said names of operators who have ignored two warnings will be turned over to the Kentucky attorney general’s office […]


ARIES (March 21 to April 19) Don’t feel sheepish about looking to spend more time with that special person during the upcoming holidays. Do it because it’s the right thing to do. TAURUS (April 20 to May 20) Never mind letting misunderstandings repair themselves. Consider speaking up while the healing process can be shorter and sweeter and leave fewer scars. […]

RECAPS – 11/15-19 ALL MY CHILDREN Æ Ryan and Greenlee made love and vowed never to be apart again. Tad had Opal hospitalized when she suff ered chest pains. Jake met the new doctor at the hospital, Griffin, and punched him in the face because Griffin broke up Jake’s marriage to Carolyn. Jackson blamed himself for Greenlee’s troubles. When Kendall […]

• It was journalist, entrepreneur and philanthropist Esther Dyson who made the following sage observation: “The Internet is like alcohol in some sense. It accentuates what you would do anyway. If you want to be a loner, you can be more alone. If you want to connect, it makes it easier to connect.” • In China, the Beijing Traffic Management […] 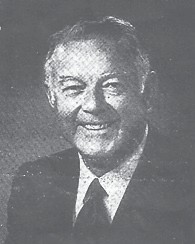