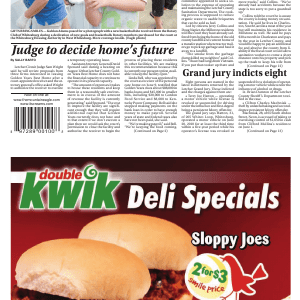 Hello everyone. I hope all are having a good week. I took my sister Kathy Wolfe and her husband Eddie to the movies to see ‘Final Destination 5’ in 3-D. We all had a good time and the movie was great. It was the first time they had seen a 3-D movie. It was Kathy’s birthday, and Eddie’s is in […] 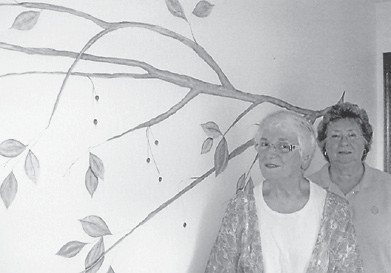 Joe Myrel and Linda Brown of Forest, Miss., have been on Cowan this week visiting Virginia and Randy. They have had a busy summer raising a big garden and putting it up. They also got a lot of work done while they were here. We really enjoyed having them. Joe, his son Josh, and daughter-in-law Kim, had been to Austin, […] 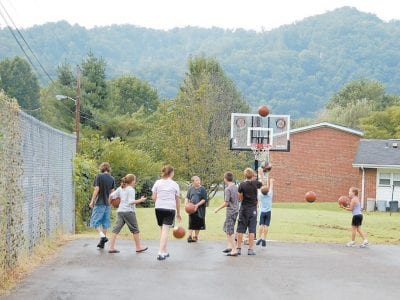 
The Rotary Club of Whitesburg has purchased new basketball goals for the basketball court located at Whitesburg Housing Authority in West Whitesburg . Rotary members invited all the children who live at the housing authority to a dedication event on August 10 to give out 24 new basketballs purchased by club members. Refreshments of pizza, cupcakes, cookies and drinks were […]

Woman gets 12 years in wreck case


A Virginia woman who drove under the influence of drugs and crashed her vehicle into another motorist last October has been sentenced to 12 years in prison. Crystal Lynn Barlow, 31, of Norton, Va., pleaded guilty on August 12 in Letcher Circuit Court to first-degree assault, first-degree criminal mischief, reckless driving, operating a motor vehicle under the influence of alcohol […] 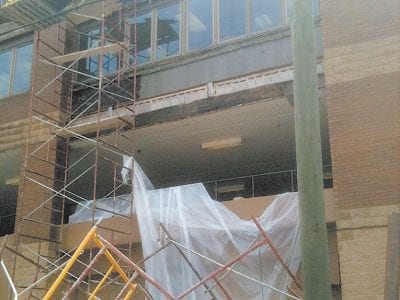 
A Letcher County jury has found a man guilty of robbing a Whitesburg motel at knifepoint and is recommending he serve 12 years in jail. Mark Joseph Morton, 25, of 95 Bicycle Lane, Whitesburg, was found guilty of first-degree robbery and intimidating a participant in the legal process in connection with the December 16 robbery at the Super 8 Motel […]


Eight persons are named in the latest indictments returned by the Letcher Grand Jury. Those indicted and the charges against them are: • Terry Joe Hatton — operating a motor vehicle while license is revoked or suspended for driving under the influence and first-degree being a persistent felony offender. The grand jury says Hatton, 31, of 205 Whitco Loop, Whitesburg, […]

A group of Millstone residents attended the August meeting of the Letcher County Fiscal Court on Monday to tell the court, “anyplace but here” on the issue of locating a steam garbage “cooker” in the community. The cooker is under study by a committee appointed to seek a solution to the expense of operating and maintaining the Letcher County Sanitation […]