ARIES (March 21 to April 19) Your ideas are finally reaching those who can appreciate them. But don’t expect any immediate reactions. That will come later. Meanwhile, a personal matter needs your attention. TAURUS (April 20 to May 20) Your energy levels are rising, and you’re feeling restless and eager to get into some activity, whether it’s for profit or […]


THE BOLD AND THE BEAUTIFUL . Liam and Hope celebrated his leaving Steffy, but Steffy refused to give up on a future with Liam. Brooke and Ridge wondered whom Liam would choose – Steffy or Hope. Taylor pointed out to Brooke that Hope was doing to Steffy what Brooke had done to Taylor. Ridge comforted Steffy. Brooke was stunned when […] 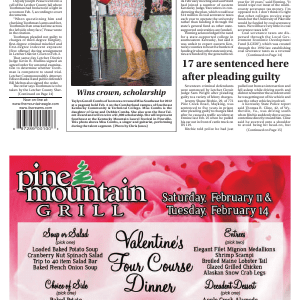