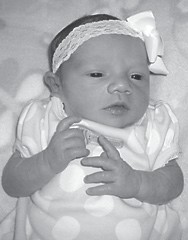 • Want to pump up a dying charcoal fire? Never use lighter fluid. Even if the coals look really gray, they could be hot on the inside. The stream of fluid CAN catch fire. It’s too dangerous. Put new briquettes in with the old, and start those using a long stick match. • “When grilling with charcoal, keep a clean […]

Friendship was made over the phone

Good morning everyone. It is a cloudy, cool morning here but hopefully the sun will make an appearance and will bring some warmth. I’m ready for a lot of warm weather. Not been a very good week around here. Got a call Monday morning informing me that a much loved friend had made her final move to her new home. […]


Nellie E. Banks, 94, of Bloomington, Ind., died May 5 at the home of her daughter. Born in Tennessee to the late Floyd and Lily May Jones Anderson, she was the widow of Maynard Banks. She was a sister of the late Bobby Earl Anderson, Lloyd Anderson, Florence Kinser and Connie Janice Anderson She was a member of the New […]

“The Columbus Affair” (Ballantine), by Steve Berry: Steve Berry’s latest novel, “The Columbus Affair,” is a thrill ride — and his best book to date. Pulitzer Prize winner Tom Sagan was considered one of the best writers in the world. His hard-hitting pieces were legendary. But when a thoroughly researched article appears to be fabricated, Sagan’s career and reputation are […] 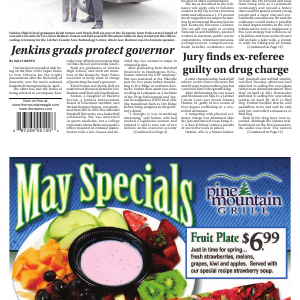