Symolene Anderson back in Ohio

Here I am again, the first of June. Hello to everyone in Mountain Eagle land. To all of my brothers, sisters, children, relatives and friends in Kentucky, Indiana, North Carolina, Florida, West Virginia, Ohio, Virginia and South Carolina, a big hello and I love you all. I’m back in Ohio at home. I left Florida May 11 and got to […]

This has been a very quiet week due to the loss of a beloved lady on the creek. Barbara Huff was kin to several of our ladies, and a neighbor to the rest. She came to the center when her health allowed her to. She will be missed by a lot of people. I’m adding a little history to the […] 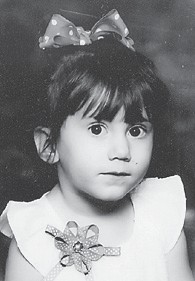 Engles give up gardening

Howdy friends and neighbors, can you believe another week has come and gone? And a quiet one it has been, so there’s not a whole lot to write about. Of course there’s always the weather, and it’s good for a few lines anyway. Red and I are both doing fairly well. Some days are better than others. Took time out […]


Major L. Cornett, 49, died June 10 at his home on Linefork. A son of Reo Halcomb Cornett of Linefork and the late Jason Cornett, he was a brother of the late Ada Darlene Cornett. Surviving in addition to his mother are two daughters, Ada Darlene Cornett Webber, Morristown, Tenn., and Ashley Osborne, Harlan; a son, Dustin Reed Halcomb, Skyline; […] 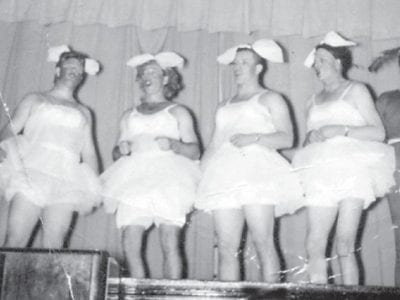 Ray Smith of Carcassonne, had to spend a night in Whitesburg Hospital a couple of weeks ago. He was having chest pains and his blood pressure was high. He had to have a stress test. I hope he feels better soon. Berma Matthews of Letcher, has gone from a cast to boot for her leg that she broke awhile back. […]

I’m hanging up my glove and bat

I will soon be 84 years old. I can’t do the things on the ball field that I did when I was younger. As a pitcher, I don’t get out of the way when a hardhit ball comes back up the middle like I once did. I’ve been hit all over my body after playing 33 years of senior softball. […]


For the second time in five years, voters in the City of Whitesburg have given their nod of approval to a ballot initiative concerning the sale of alcohol. Voters on Tuesday voted by a margin of more than two to one to approve the sale of alcohol without the requirement that a 100-seat restaurant must earn 70 percent of its […] 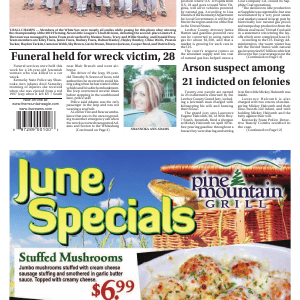