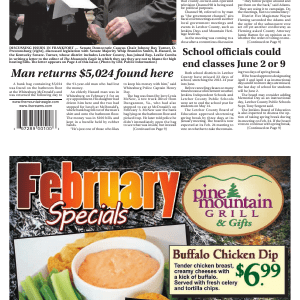 We won’t be taking as many trips

As this turkey season gets closer, I realize that my days of going after the “Longbeard” are coming to an end. This year we will not be taking our trips because of my feeble body, and this winter from hell! But haven’t we had a great run? Who can say that life hasn’t been great to us, when we have […]

Never fear, spring is growing near

One good thing we have to look forward to is that spring is not far away. The temperatures are going to be much warmer this week and I know people will be getting outside more and doing things. I am sure a lot of anglers will be thinking of fishing. I am so over winter and cold weather I cannot […] 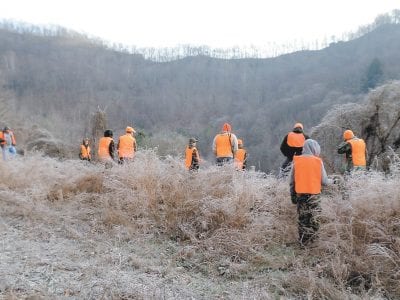 Hunt was a success; next event April 5


The Little Shepherd Chapter of the National Wild Turkey Federation held its annual Rabbit Hunt For Kids on December 28. Several Letcher County youth and accompanying adults were divided into groups and taken rabbit hunting early in the morning. Several game wardens were on hand to give safety talks and went along for the hunt. After about three hours of […]

Worth the wait for No. 3

It didn’t take long for the Sprint Cup Series to realize that the No. 3 was back when on Sunday Austin Dillon put the iconic number on the pole for the season-opening Daytona 500. It was the first time that No. 3 had been back on the track since Dale Earnhardt Sr. lost his life in an accident on the […]


Last week’s weather pretty much wiped out Letcher County Central basketball. The 14-11 Cougars wrap up their season this Thursday against visiting Pike County Central. The19-7 Lady Cougars have no more games scheduled and will be in the gym practicing for next week’s 53rd District action at Knott County Central High School, according to coach Dickie Adams. “I’ve called every […] 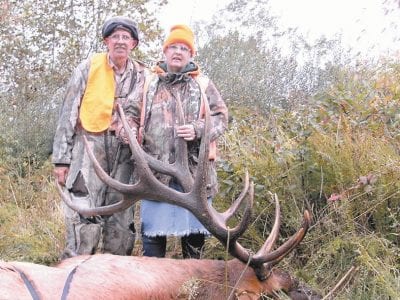 My mom, Faye Morris, 66, was born and raised in Letcher County and loves the mountains. She and my dad, Charles Morris, 70, are in the woods daily riding their four-wheeler hoping to see a deer, bear or elk. My father does some elk guiding for the lucky hunters that are drawn in the elk lottery. We all applied for […]


A bank bag containing $5,024 was found on the bathroom floor at the Whitesburg McDonald’s and was returned the following day to the 91-year-old man who had lost the money. An elderly Hazard man was in Whitesburg on February 3 for an eye appointment. His daughter had driven him here and the two had stopped for lunch at McDonald’s, where […]


Both school districts in Letcher County have missed 22 days of school, stretching the 2013-14 year into June. Before canceling classes so many times because of inclement weather, Jenkins Independent Schools and Letcher County Public Schools were set to end the school year for students on May 14. The Letcher County Board of Education approved shortening spring break by three […]

Magistrate calls for end of politicking on county channel

No valentines were exchanged at the February14 meeting of the Letcher County Fiscal Court. Instead, the meeting began with differing opinions on the proposed re-writing of a lease governing an old South East Coal Co. tipple site at Isom and ended with accusations that county-owned-and-operated television Channel 98 is being used for political purposes. Channel 98, referred to by man […]