Thursday, February 22, 1934 Trouble and disturbances have been brewing among members of the United Mine Workers in the coalfields in the Haymond section of Letcher County. About two weeks ago, several men from Haymond traveled to a business meeting of the union in Virginia. As they were returning to Letcher County, the men — all of them sober — […] 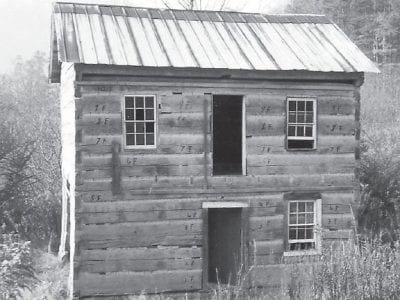 
Correspondent Mabel Kiser wrote in the February 20, 1964 edition of The Mountain Eagle that “Carr Creekers are all in a dither again this spring over the proposed dam at the mouth of Carr Creek. Emotions are varied . . . Young folks love a change of scenery, but for older citizens it is sometimes a catastrophe.” These two photos […]

Assume that you ran a business that was found guilty of bribery, forgery, perjury, defrauding homeowners, fleecing investors, swindling consumers, cheating credit card holders, violating U.S. trade laws and bilking American soldiers. Can you even imagine the kind of punishment you’d get? How about zero? Nada. Nothing. Zilch. No jail time. Not even a fine. Plus, you still get to […]

Beating down low-paid workers is not only not nice but also not necessarily good for business. And though some arguments against raising the minimum wage are debatable, others are simply insulting. The national minimum wage is currently $7.25 an hour. Back in 1968, it was $10.77 in today’s dollars. So President Obama’s proposal to raise the minimum to $10.10 is […]

So there’s a study out that “proves” that women worry more than men. Like we didn’t know that. Like we women don’t spend most of our waking hours (and being worried, of course, most of our hours are waking) fretting our female hearts out, using this delightful template: “Did I remember to pay the credit card on time, or are […]

An idea for conservatives, too

There is a magnificent public policy that achieves many of the goals conservative politicians regularly extol. These include promoting work over dependency, reducing the cost of social welfare programs, fostering economic growth and strengthening families . The policy in question is raising the minimum wage. The only mystery is why so few conservative politicians see the issue this way. Rank-and-file […]

Combs and Turner say they share no blame in high bills

Letter to the Editor


To the Editor: In the last few weeks, it has been suggested that we and our fellow state legislators somehow bear at least partial responsibility for the recent rate hike by Kentucky Power. Nothing could be further from the truth. In case there is any doubt, let us be clear: Nearly everyone we serve with in the General Assembly is […] 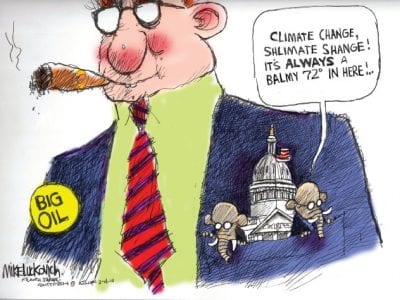 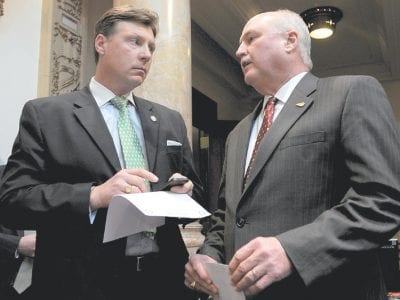 
Senate Democratic Caucus Chair Johnny Ray Turner, DPrestonsburg (right), discussed legislation with Senate Majority Whip Brandon Smith, R-Hazard, in the Kentucky Senate. Turner, whose district includes Letcher County, has joined Rep. Leslie Combs in writing a letter to the editor of The Mountain Eagle in which they say they are not to blame for high heating bills. The letter appears […]