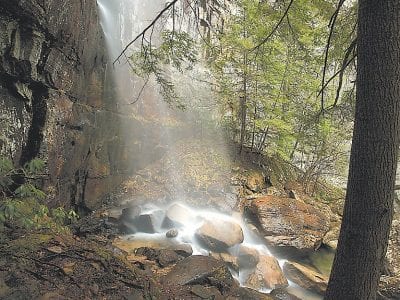 THAWED AND ROARING AND WAITING ON VISITORS


After being frozen nearly solid for much of the winter, water is again roaring over Bad Branch Falls. The falls are located in the 2,639-acre Bad Branch Nature Preserves on Pine Mountain’s south side in Letcher County. Getting to the falls is a relatively easy hike for those who want to see it. (Photo by Thomas Biggs)

Kentucky’s roughly 100,000 teachers and administrative staff will get an automatic pay raise in each of the next two years – even if their school districts can’t afford it. The state’s two-year spending plan, approved this week by the Kentucky General Assembly, requires school districts to give employeesa1percentraiseinthe2015school yearanda2percentraiseinthe2016school year. Those raises are in addition to the district raises teachers […] 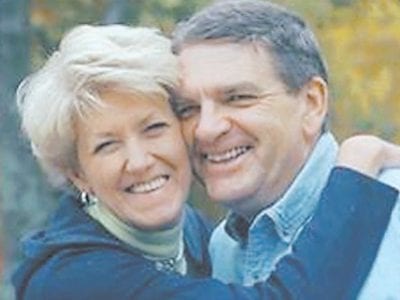 
Funeral services for a longtime x-ray technician and popular member of the Whitesburg City Council will be held at 1 p.m. today (Wednesday) at the First Baptist Church in Whitesburg. John Paul Williams, 70, was pronounced dead Sunday evening at the Whitesburg Appalachian Regional Healthcare hospital, where he was taken after suffering a massive heart attack, Williams had served on […] 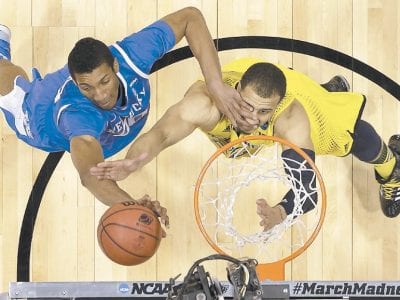 Kentucky faces a Texas-sized task defending Wisconsin 7-footer Frank Kaminsky, and not just because he’s the tallest player the Wildcats have faced in the NCAA tournament. The Badger junior’s ability to score inside and outside forces the Wildcats (28-10) to keep a body on him near the basket and deny on the perimeter. Increasing the challenge for Kentucky’s frontcourt is […]

The Jenkins Lady Cavs improved their season mark to 5-1 after defeating the visiting Harlan County Lady Bears on March 27, 6-3. The Lady Cavs got the scoring started in the bottom of the fourth inning when Whitney Creech got a walk, stole second and third and scored on a fielder’s choice by Melissa Bartley. Harlan made three errors in […]

SHR getting it done

Stewart Hass Racing entered this season with more question marks than any other organization in the sport. First there was the health of its co-owner and premier driver Tony Stewart, who started the season after missing the last third of last season with a broken leg that he suffered in a Sprint Car accident. Stewart had to endure three surgeries […]


Teenagers under 14 can referee youth sports leagues under a bill that passed the Kentucky General Assembly this week. State law does not allow anyone under 14 to work. The law has various exceptions, including teens working for their parents or mowing the lawn. This bill adds youth referees to the list of exceptions. The bill’s sponsor, Republican Rep. Ryan […]

Many lakes in Kentucky and Tennessee are starting to raise to summer pool. As the water floods the back water areas, crappie will be moving into the shallow water and holding on cover such as wood, weeds and rock. Wood is usually the cover of choice for most crappie in our area lakes. The early spring crappie fishing action is […]

Not only is April 5 the opening day of Kentucky’s youth turkey hunting (it closes the next day at dark), it is also the date of the Little Shepherd Chapter of the National Wild Turkey Federation’s annual dinner and auction. I could write 20 pages on the good this group of men and women has done for Letcher County, not […] 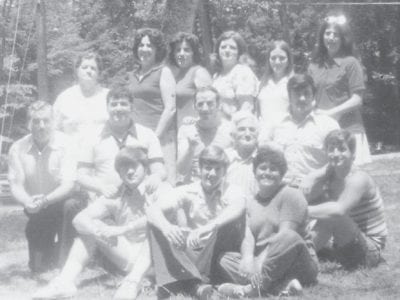 Hello everyone, hope you are all doing well and getting ready for springtime. I sure am! I go out and check every day to see if my flowers and bushes are ready to bloom. I’m on the north side and mine are late. They are getting closer. My niece, Shannon (Shepherd) Holbrook, had a birthday March 5, and Doris Sexton […]