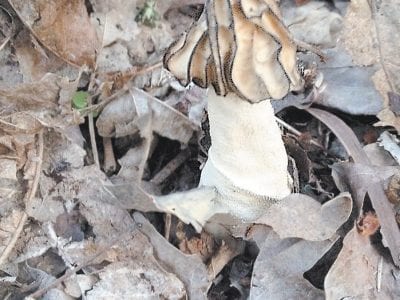 
This photo shows a Verpa bohemica, also known as “false morel,” found growing earlier this week on Pine Mountain near Whitesburg. While the mushroom shares features with the treasured morel, or dryland fish, it is poisonous. The easiest way to distinguish a false morel from a dryland fish is to cut or break the stem open. The stem of the […]

With poor market, high costs, Arch is losing on each ton of coal mined here


Arch Coal Inc. mines in Kentucky and elsewhere in Central Appalachia were able to sell coal for slightly more than the cash cost of mining it during the first quarter of 2014. According to figures released Tuesday, Arch Coal’s Appalachian mines, including Cumberland River Coal Company’s operations in Letcher County and Wise County, Va., sold 3.6 million tons of coal […] 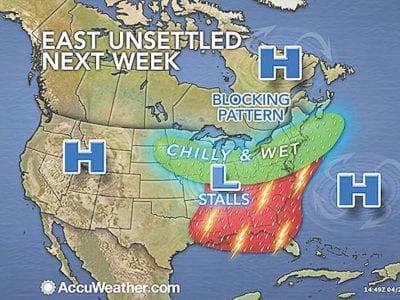 
AccuWeather.com reports a large storm will form over the eastern half of the nation next week and will bring a swath of unsettled conditions that lasts for days. Millions of people looking for a long period of sunny, warm weather from the Midwest to the South and the Northeast will need to look elsewhere next week. The unsettled pattern will […]

Letcher County’s government is interested in buying the vacant McRoberts Elementary School. At its April meeting Monday night, the Letcher Fiscal Court voted to negotiate the purchase of the school if all bids submitted to the Jenkins Independent School District are rejected next week. The bids were due April 21 and will be opened April 28 by the Jenkins Board […]


A Pert Creek man has admitted to having a role in the 2012 murder of Dradrick “Drad” Fleming. Austin L. Ison, 26, pleaded guilty in Letcher Circuit Court last week to criminal complicity to tampering with physical evidence and first-degree hindering prosecution/apprehension. He also entered an “Alford guilty plea” to charges of criminal facilitation of capital murder, criminal facilitation of […] 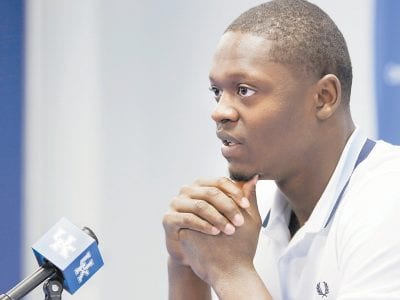 Kentucky forward Julius Randle took a lot of time and talked to a lot of people before deciding to leave after one season for the NBA draft, where he is expected to be among the top five selections. With five days left before the deadline for underclassmen to declare, the 6-foot-9 Dallas native announced the decision many expected even before […]

The Jenkins Lady Cavaliers participated in the Lyndel Potter Memorial Tournament in Pikeville this past weekend and finished 3 and 1. Jenkins 3East Ridge 1 In the first game, played on Friday night, Jenkins faced East Ridge. Jenkins scored a run in the first inning when Melissa Bartley reached base on an error, and Mercedes Boggs hit a double to […]

Easter weekend brought the first open weekend of the Sprint Cup season after eight races, but even in that short period of time there have been several teams and drivers establish themselves as legitimate contenders for this year’s title. It’s all about winning with the new point system, and some teams and manufacturers have already figured out what it is […]

It at last looks like spring and the fishing is picking up. But last week, we had some cold temperatures and even some snow in places. This is a cold front condition and will affect the fishing and the way to fish this time of year. During the stable warm weather, bass will start moving shallow and closer to the […]

When turkey hunting is priceless

Years ago when I was young, (sounds like the starting of a song) I was a proud member of the Up- Town Fisherman’s Club in Neon. We had a total of seven members, and fished together at the old Barlow Lake in Neon. Most all have now crossed “The Silent River” by now, but my friend Charles “Charlie Bear” Sexton […]