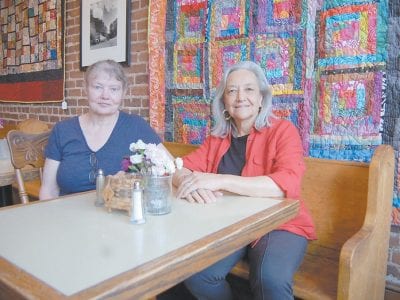 Café is closing after 29 years

Courthouse Café owners Josephine Richardson and Laura Schuster have watched businesses open in downtown Whitesburg and later close after struggling to make it. “A number of places tried and couldn’t continue, “ said Richardson. “It just wasn’t viable. We have hung on for a long time.” After 29 years of serving lunch and dinner on the corner of Main Street […]

County’s budget for next year will be ‘really tight’

Reflecting steep cuts in coal severance tax receipts and other funding sources, the Letcher County government’s operating budget of $9,877,673 will be “really tight” for the next fiscal year beginning July 1, said County Treasurer Phillip Hampton. Speaking during a special meeting of the Letcher County Fiscal Court held Tuesday to conduct the first reading of its 2015 budget ordinance, […]


Letcher County Deputy Sheriff Eugene Slone has repaired continuing computer problems that has kept “Police Beat” from its usual spot on the pages of The Mountain Eagle for the past several weeks. Monday, May 19 • At 11:47 p.m., Letcher County Sheriff ’s deputies knock on the door of a Craft’s Colly residence but get no answer. The deputies were […] 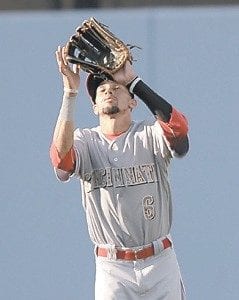 As we head toward the end of the second full month of the 2014 Major League Baseball season, the Cincinnati Reds remain stuck in third place of the National League’s Central Division. The team had a won-loss record of 22-27 heading into Tuesday night’s game in Los Angeles and has basically been treading water for the last four weeks. The […] 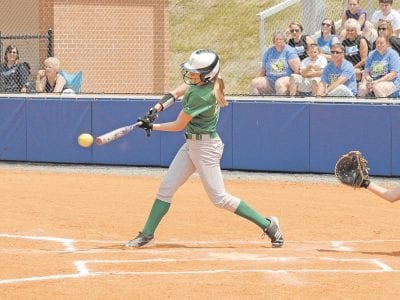 
Jenkins slugger Whitney Creech connected with her second triple of the game in Monday’s opening-round 14th Regional tournament win over Hazard. Creech was 3-3 in the game with two triples and a double. She scored three runs and collected three RBI in the 12-0 win. Jenkins was to play Powell Co. at 8 p.m. Wednesday in the semifinal at Letcher […]

The night time can be the right time

Every time I go by Carr Creek Lake at nighttime, I see all kinds of boats on the lake. This tells me one thing for sure. Night fishing is well underway. Most of the anglers are bass fishing, but a lot of them are crappie and catfishing. All these fish are active at night. Fishing at night and during the […]

All’s well in the Cup Series

Charlotte Motor Speedway was the perfect stop on the schedule for Jimmie Johnson to get out of what so many in the media thought to be a slump for the six-time Sprint Cup champion. Charlotte was the 12th stop on this season’s schedule and it just happened to be the same length as the longest winless streak that Johnson had […]

Where have all the good times gone?

Because of things that could have been and things that really happened, the hunts with the youth during this spring squirrel season, had to be canceled. I got sick, some friends passed away, and like we use to say, “Things just didn’t work out”. While at the funeral home saying my last goodbyes, two of my dearest friends, who were […]

Hello everyone, hope you are all doing well. We had a good rain last night, but today is a beautiful day. I’m expecting my son Rob. He’s coming to spend a few days and I know I will enjoy that. Today is my great-grandson Eli Hatton’s birthday, but we had his party earlier and had a great time. Nathan Baker […]

My farming and baseball days

I was born on Main Street, Jenkins. My grandpa and grandma owned a boarding house for coal miners. My mother was one of the cooks. My dad was staying there and he and my mom fell in love and got married and had me in 1928. Dad and Mom wanted a place of their own and moved to Camden. Later, […]