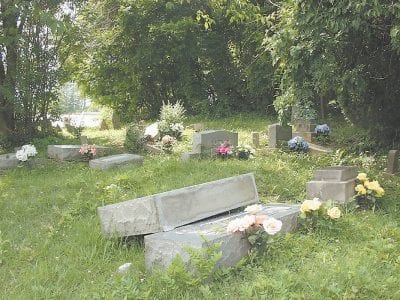 
Police are still trying to determine the identities of vandals who damaged or destroyed at least 28 grave markers, some of them more than 100 years old, in one of the county’s oldest cemeteries. The Blair Cemetery, located near Pine Mountain Junction in Whitesburg, was vandalized sometime between the April, when it was mowed for the first time this season, […]

Letcher board says Jenkins should have given notice of plan to move pupils to Va.

Some members of the Letcher County Board of Education are upset because they weren’t given advance notice of the Jenkins Independent School District’s decision to move its vocational school students from the county school district to neighboring Wise County, Va. Letcher board members did not learn about the Jenkins Board of Education’s vote against continuing to use the services of […]


Sundy Best will headline the City of Whitesburg’s Independence Day celebration. Live music, inflatables and face painting are scheduled to begin at 2 p.m. on July 4 at River Park in Whitesburg. A horseshoe tournament will start at 4 p.m., and Sundy Best, a popular country-rock duo from Lexington, will take the stage at 8 p.m.

Can farming play a role in Letcher Co.’s future?

A possible return to Letcher County’s agricultural roots was discussed in depth here last week during a discussion sponsored by Shaping Our Appalachian Region (S.O.A.R.) at the Letcher County Extension Office. The session was moderated by Valerie Horn, coordinator of Grow Appalachia and Appal-TREE Project Director at Community Farm Alliance; Dean Craft, president of the Mountain Cattleman’s Association, and Ryan […] 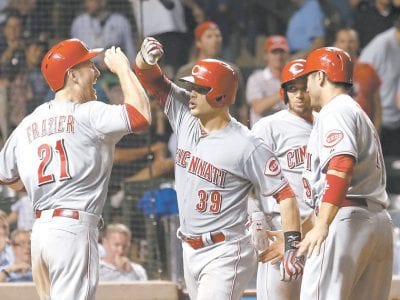 Can healthy Reds put it all together?

The question that begs to be asked as the Cincinnati Reds head to the West Coast for their last and longest road trip before the All- Star break is this: Are the Reds now healthy enough to keep the season heading in the right direction? It’s definitely not too late. Going into Tuesday night’s game at Wrigley Field in Chicago, […] 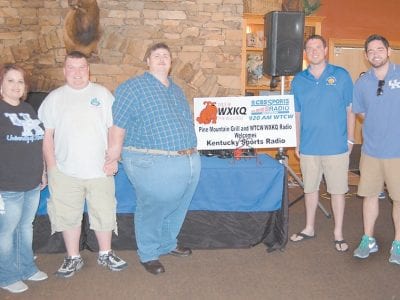 
Kentucky Sports Radio personality Matt Jones (second from right) was at Pine Mountain Grill in Whitesburg Tuesday for a live broadcast of his popular radio program that is centered around University of Kentucky sports. The program is syndicated statewide and carried locally on WTCW-AM, whose staff members posed with Jones and co-host Drew Franklin (right) for this photo. Pictured from […]

It’s one of the best columns of the year for me to write when the Sprint Cup Series makes its annual stop at Kentucky Speedway. Back in the day when I first started this column, Sprint Cup racing in the Commonwealth wasn’t even in the dreaming stage. The sport was exploding in popularity and it seemed that every track on […]

A cool way to catch fish in summer

One way to avoid the full sun while having a great time fishing is “wade fishing.” The creeks and rivers in our area have some good wade fishing and the overhanging trees offer some welcome shade. Wade fishing can be very productive, as several species of fish live in our area rivers. Everything from smallmouth, largemouth and Kentucky bass, red […]

Some questions for the Main Man

As I sit here covered in calamine lotion waiting for my doctor to see me tomorrow, I had a thought: What did the old pioneers do when poison ivy made their lives miserable? I have come to fully realize that everything that moves in the woods is out to get you — everything. While clearing some of my land last […]

Summer has officially arrived in Ohio

Happy summer everyone! Yes, summer has officially arrived, but I think it has been in this area for a few weeks, give or take a few cool days and nights. Oh how I wish it would stay this temperature all year ‘round. It has really been so pleasant to me. I am so tired of hearing the newscasters and everyone […]