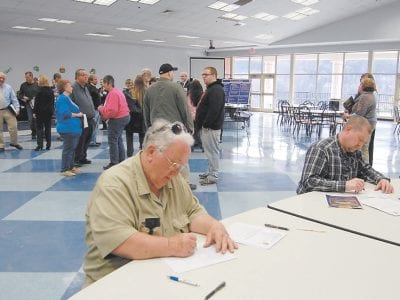 The decision of whether or not a federal prison will be constructed in Letcher County could be announced within the next few months. The Federal Bureau of Prisons’ (BOP) Final Environmental Impact Statement (FEIS) for a proposed Unites States Penitentiary (USP) and Federal Prison Camp (FPC) in Letcher County could be completed and released by summer, according to Tom Webber, […]

Damron probe may continue another 30 days


The investigation into criminal allegations involving former Letcher County Sheriff ’s Lieutenant Brian Damron is continuing, and the results are likely to be presented to a grand jury within 30 days. That’s according to Pike Commonwealth’s Attorney Rick Bartley, who has been appointed special prosecutor in the case by Kentucky Attorney General Jack Conway. Bartley was appointed after Letcher Commonwealth’s […] 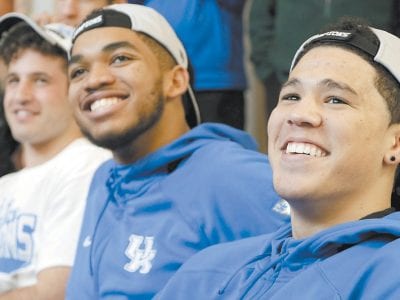 AP Sports Writer LEXINGTON John Calipari’s platoon system gives most players on Kentucky’s roster the opportunity to be the X-factor in any given game. In the NCAA Tournament, the player who will most likely have to fill that role will be Devin Booker. There will come a time when the Wildcats — inconsistent when it comes to their perimeter game […]

Be ready for the coming fishing season

I am sure everybody is ready for warmer weather and wishes to get outside and fish and hunt and camp and do all the things we love to do in the great outdoors. We sure took a beating this winter, and I believe it is moving on and spring is slowly arriving. But this is a time of year a […]

DAYTON, Ohio Reginald Johnson scored 15 points and added two late critical defensive plays to lead Hampton to a 74-64 victory over Manhattan in the First Four on Tuesday night. The Pirates (17-17), who have won five in a row to get to .500, advance to meet top-ranked Kentucky (34-0) in Louisville on Thursday. Quinton Chievous added 15 points and […]

State has a ‘sort of’ wild boar season

Well, I’ve been called to task, again! After our story a couple weeks back asking for a wild boar season, I was informed that Kentucky already has a season that never closes. Let’s look into who is right or wrong, them or us. While it is true that several western Kentucky counties, 37 to be exact, have huntable populations, they […]

Phoenix was only the fourth race of the season, but Kevin Harvick has already served noticed that his Stewart-Haas Racing Chevrolet is once again going to be a threat to make a trip to victory lane at every stop on the schedule. Sunday’s win was Harvick’s second consecutive win of the young season and the 30th of his career. The […]


Clips from available Mountain Eagle pages since our founding in 1908 Thursday, March 19, 1925 Fire early this morning destroyed the powerhouse and tipple at Elkhorn Collieries Company at Thornton. The cause of the fire, which broke out about 3 a.m., is not known. The mines will be closed for between 30 and 60 days. . Letcher County voters will […] 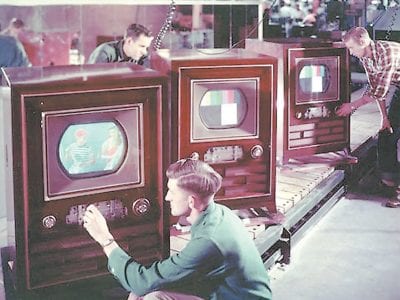 
Sixty years ago this week — on March 17, 1955 — most Letcher Countians got their first look at a color television set when RCA Victor provided local dealer Salyer Radio Company of Whitesburg with one of only 20 color sets that were made available nationwide in hopes of getting the public acquainted the concept, which was very controversial at […]