TECO says firm has until Friday to reach a deal


A Kentucky-based coal company has been given until Friday to reach a deal to purchase TECO Coal Company. TECO Energy Inc. is giving Cambrian Coal Corp. until August 21 to agree to a deal on the TECO operations, including those in Letcher County, the Tampa Bay Business Journal in Florida has reported. The deadline for a deal between TECO, a […] 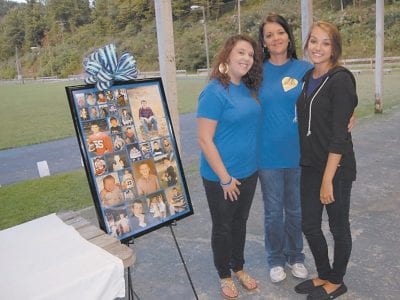 Organ donor remembered for improving lives of others

Two years after he was killed in an automobile accident near Manchester, Letcher County native Jacob Lucas is remembered as a hero whose selfless act of organ donation has helped save the life of one woman and greatly improved the lives of five others. “He is my godsend,” said Ariana Sumner, 25, says of Jacob Lucas, who was raised at […] 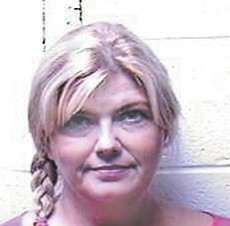 
Two Letcher County women accused of stealing thousands of dollars from the small lending business for which they worked will be arraigned next week. Arraignments for Christy Lee Sexton, 38, and Shelly Lynn Salyers, 48, are set for 1 p.m. on Tuesday, August 25 in Letcher Circuit Court. Both women were arrested on multiple theft-related indictment charges last week, but […] 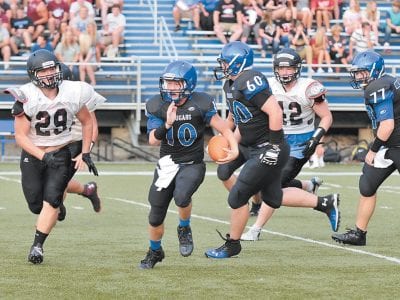 Expectations are high for Cougar team

The Letcher County Central football team opens up their 2015 campaign this Friday by hosting Pike County Central. Expectations are heightened with 15 starters returning from last year’s squad that went 9-3 and won the district title. LCC Head Coach Mike Holcomb will lean on quarterbacks Isaiah Bentley, a sophomore, and Nick Sergent, a freshman, to run the offense. “Both […]

‘His summer of despair’ continues

August 15 came and went with me in the mountains looking for squirrel. I found them, but only got two because I hadn’t done any scouting and spent most of the morning of the first day of the season trying to find were they were cutting. On Sunday morning, however, it was a different ballgame. I knew where they would […]

The Sprint Cup Series through the years has always been about organizations that for whatever reason find a little something in their cars that seems to separate them from the rest of the field. This so-called “lightening in a bottle” that organizations catch can last an entire season or it can just be a run of several races but regardless […]

Wade fishing in summer is a completely different feeling than fishing out of a boat or even off the bank. Anglers that really love this type of fishing know exactly what I am talking out. But just as basic as this type of fishing may seem, there are some things you can do to improve your chance of catching fish, […] 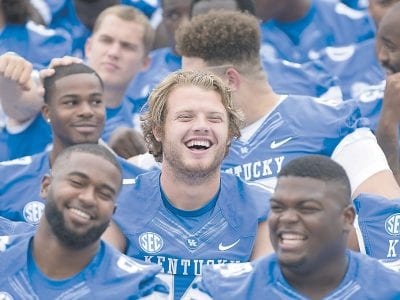 LEXINGTON Kentucky coach Mark Stoops wants his third season to culminate in the winning record he promised when hired. The Wildcats seemed headed that way last season at 5-1 before a tough second-half schedule ended in a six-game losing streak and no bowl bid for the fourth straight year. This season is just as challenging, but upsetting Southeastern Conference East […]

Friend has his ‘followers,’ city police and psychiatrist

Last week I had email from my buddy, Fred Beste, he who lives there on the tundra in Wind Gap, (northeastern) Pennsylvania Points East While trees are not supposed to grow in tundra soil, and Fred has trees aplenty. I am somewhat convinced that the soil around that neck of the woods never completely thaws beyond a depth of a […]

MANSFIELD, Mass. Parrotheads are apparently too busy wasting away in Margaritaville to wait in line for the bathroom. Mansfield police tell The Sun Chronicle that despite warnings against the practice, many fans at the Jimmy Buffett concert Saturday at the Xfinity Center brought homemade, portable toilets for the party in the parking lot. Lt. Sam Thompson says the most common […]