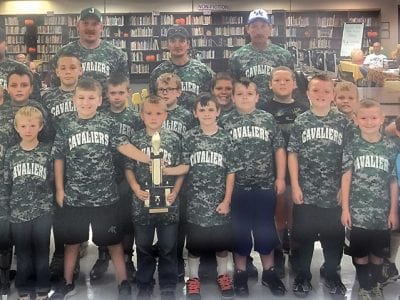 The Jenkins Independent Schools Board of Education reluctantly accepted the resignation of Superintendent Freddie Bowling after a closed session at the board’s September meeting this week. Bowling told the board he wanted to leave in order to pursue other opportunities, and that while he was torn between staying in Jenkins or leaving, he had decided to resign. His final day […] 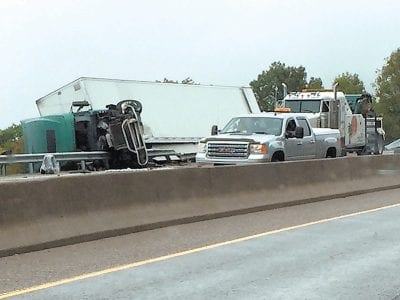 
A wrecked truck shut down traffic for long periods Tuesday along the Kentucky-Virginia border. Jenkins Police Chief Jim Stephens said traffic was blocked in the northbound lanes of U.S. 23 after an 18-wheeler carrying five Yamaha side-by-side all-terrain vehicles hit a guardrail and caused the rig’s tractor to overturn, resulting in a large amount of diesel fuel spilling at the […]

Enrollment down by 83, could affect county staffs

The Letcher County School System has 83 fewer students than it did at this time last school year. Kenny Cornett, district director of pupil personnel, told the Letcher County Board of Education at its September meeting Monday night that the decrease in enrollment is significant. If enrollment continues to drop it will affect staffing allocations, Cornett said. In other business, […] 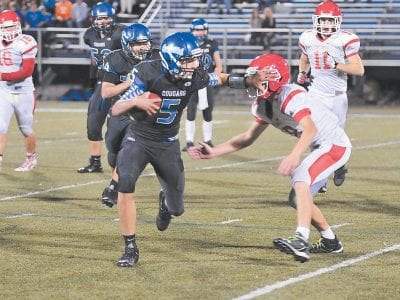 LCC win streak at 3; Harlan Co. up next

After opening district play with a convincing 33-6 victory over rival Perry Central, the Letcher County Central Cougars hope to notch their fourth straight win Friday night when they visit Harlan County Central. Jaylyn Williams gained 262 yards on 22 carries and had three touchdowns to lead the offense in last Friday’s game at Ermine. Williams has more than 1,500 […]

I think I have some of the coolest friends ever, including Brandon and Donna Mason. This column could be about Brandon and his getting his big buck here in archery season, but it is about his wife, Donna, who will be inside the warm house while Brandon is still trying to find a buck. This was Donna’s first year to […] 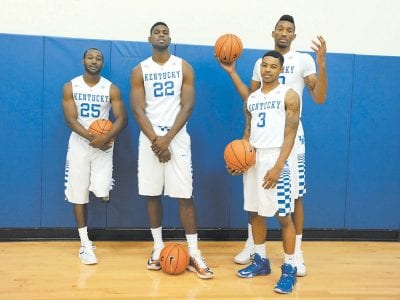 In just about two weeks Kentucky coach John Calipari will show off his next team that he hopes can once again be a Final Four/national championship contender. But think back to a year ago at this time. Sure, everyone thought the Wildcats would be good. Really good. They were, too. Yet even those lofty preseason expectations did not do justice […] 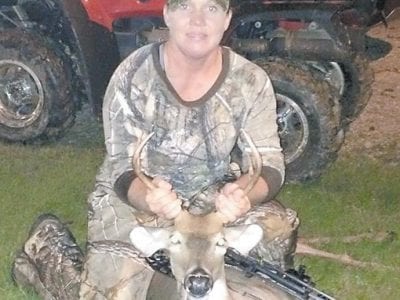 Many of the region’s lakes are being dropped to winter pool with some of the larger lakes falling faster than some of the smaller lakes. This along with milder weather and cooler water and surface temperatures has a big effect on fish movement and feeding behavior, as schools of baitfish and minnows will move to more shallow areas. Wherever the […]

Defending Sprint Cup champion Kevin Harvick took another blow to his bid to repeat as the series champion when he decided to roll the dice on the amount of fuel left in his Chevrolet in the closing laps of the Sylvania 300 at New Hampshire Motor Speedway. He entered Sunday’s race in need of a great run after finishing 42nd […] 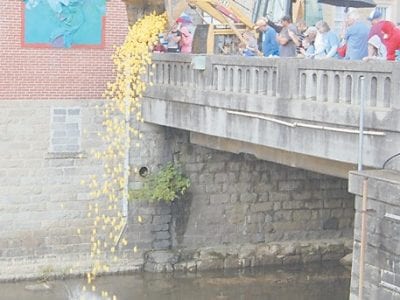 
To the Editor: I was so glad to see the Letcher County physicians, past and present, honored during the Mountain Heritage Festival celebration. Seeing that some of the past doctors were not nominated, I wanted to mention some of them and what some of them did for the county. During the late 1800s there were several doctors who served Letcher […]