Damron’s request for early release is denied at hearing 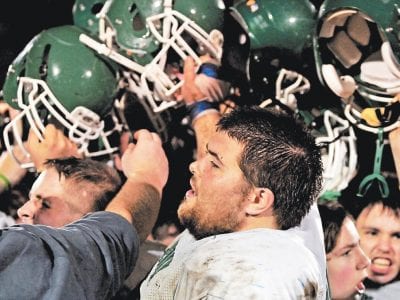 Cavaliers get a taste of victory!


The City of Jenkins voted unanimously at its October meeting to take action that will lead to selling delinquent taxes to third-party purchasers. After some discussion about making certain there will be ways to allow delinquent taxpayers to negotiate a plan to pay their taxes, the council approved the second reading of the ordinance that was introduced in the August […]

Wreck in Clay County kills one Letcher man, injures another 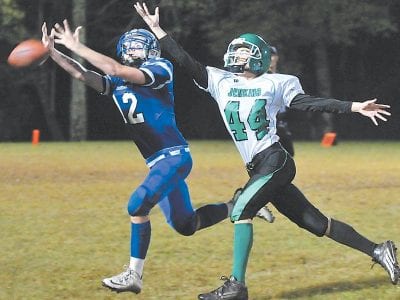 This win was a long time coming for Jenkins. Running back Audie Fields scored a pair of fourth-quarter touchdowns to put away Phelps as the Cavaliers spoiled homecoming with a 42-20 win in a game played at Johns Creek on October 1. The victory snapped a 10-game losing streak for Jenkins, which played to a 0-0 score against the Hornets […] 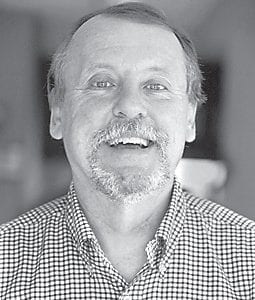 Others can rave about Jamal Murray all they want — and most college basketball analysts are — but the Kentucky freshman doesn’t pay attention to that or forecasts that he could be a top five pick in the 2016 NBA draft. “It is a lot to have that said about you, but I have not earned anything yet. I just […]

Moving on in The Chase

The Challenger Round of the Chase ended on Sunday with a triumphant Kevin Harvick standing in Dover’s victory lane knowing that his win assured him the opportunity to move to the Contender Round with the opportunity to repeat as series champion. A trip to victory lane was the only option for the Stewart-Haas Racing driver to advance through to the […]

LCC looks to rebound from disappointment

The Letcher County Central Cougars (4-3) must regroup quickly from last Friday’s disappointing 45-35 loss to rival Harlan County. The Cougars will be in London Friday, where they will take on unbeaten district foe North Laurel High School. Kickoff is set for 7:30 p.m. Against Harlan, the Cougars were dominated in the trenches on both sides of the ball as […]

It was ‘the hunt of a lifetime’

I have been to the top of the mountain and seen the world with rose-colored glasses. In 2010, I flew to Washington State for a pack-mule hunt. We were hunting the nocturnal Blacktail deer, also called a Sitka deer. They are native to that area, as well as Alaska. Out of 10 hunters, we saw a grand total of two […]

Well, it is getting that time of year again that most anglers love — the early fall fishing season. And it is for a good reason that fishermen like crappie anglers look forward to this time of year. The air and water temperatures have cooled to a comfortable level and the anglers can get out and crappie fish all day. […]