The Letcher Fiscal Court will meet in special session Thursday morning to look for ways to address a cut in coal and gas severance tax funding which has now reached about $1 million annually when compared to just three years ago. Notice of the special meeting, which will begin at 10 a.m. in the Letcher Circuit Courtroom, was issued around […]


A Potters Fork man is accused of stealing more than $2,000 worth of items from a steel storage unit located near Walmart in Whitesburg. Mark Gibson, 50, of 485 Grays Branch, broke a lock off of a Walmart storage unit around 3:40 a.m. on Oct. 31 and took numerous lay-away items including two Coleman gaso gasoline-powered motorcycles and a battery-powered […] 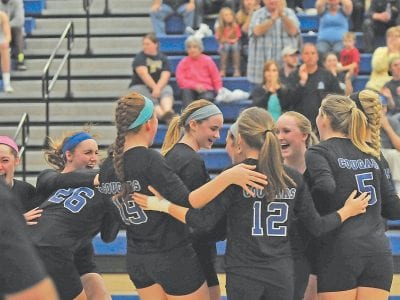 
A Jenkins man has been charged by the Letcher Grand Jury with rape (second degree), sodomy (second degree) and use of a minor in a sexual performance. Wesley Deran Hatton, 33, also known as Deran Hatton, Westley D. Hatton and Wosley Hatton, of 932 Hwy. 3400, is accused of engaging in sexual intercourse with a female minor less than 14 […]

ESPN analyst likes what he sees at UK

Can John Calipari really be less demanding on his players this year as he says he will be because of the team’s lack of experience and maturity? From what ESPN analyst Seth Greenberg saw when he watched two Kentucky practices last month, he thinks the UK coach can do exactly that. “He still has to be extremely demanding in effort […] 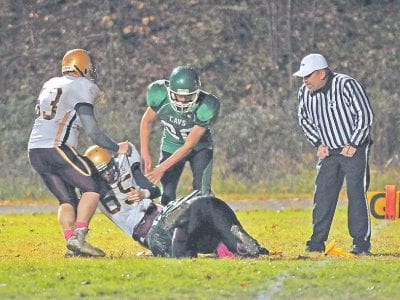 The regular season came to an ugly end for Jenkins football. The Cavaliers’ 2015 senior night game against visiting Pineville last Friday was marred by a large number of penalties and a fight that resulted in Jenkins junior Austin Fields and Pineville junior Kevin Sexton being ejected from the game. Pineville also routed the Cavaliers 56-6, to finish off the […]

On friendships and hunting trips

Here it is the first week in November and another year is almost over. Has it been a good year for you? As my mind wanders back to March of this year, my friend Donnie Mullins of Elkhart, Indiana, and I are heading to Florida for our spring turkey and wild boar hunt. Our first stop is always with God’s […]

The sun had long set Martinsville Speedway on Sunday as track officials began assembling the makeshift Gatorade Victory Lane at the start/finish line for one of the best celebrations of any win in the history of the Sprint Cup Series. Jeff Gordon became the first of the remaining eight Chase drivers to punch his ticket into the final race of […]

Fall is most definitely here and you can feel it in the air. The cool crisp weather lets anglers know that it is time to go crappie fishing. Crappie love these types of temperatures and will move to shallow water areas and to feed on minnows and shad during the cool weather. This is a great time for crappie anglers […]