An additional 3,966 Letcher County residents were enrolled in Medicaid last year because of Kentucky’s decision to expand the health-insurance program, according to a state government report. Over a 20-month period ending in October 2015, these new Letcher County Medicaid recipients were responsible for bringing $22.8 million in health-care spending to the county, according to the study, conducted by the […] 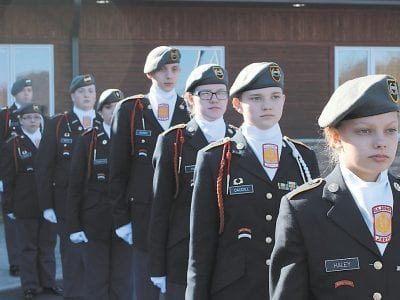 READY FOR TASK AT HAND

Hundreds of fish in Pine Creek died after water containing a high level of iron was discharged from a retention pond located on the property of an active deep mine, said a spokesman for the Kentucky Energy and Environment Cabinet. State inspectors initially checked the site over the weekend, but didn’t find evidence of damage to aquatic life, said John […]


A Whitesburg woman accused of making meth in a grocery store parking lot posted $10,000 bond, while the driver of the truck in which she was found passed out is still in jail. Anna M. Hampton Sizemore, 41, of 343 Tanyard Hollow, and Dana Neal Howard, 31, of 110 Stinking Branch, Thornton, each have been charged with manufacturing methamphetamine, possession […] 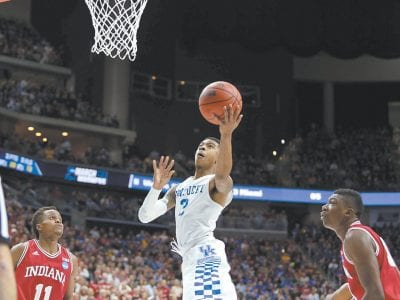 Ulis will leave UK as an all-time favorite


My guess is that Tyler Ulis has played his last game at Kentucky, which is a loss for not only UK basketball but also college basketball. The 5-9 guard was fearless and so, so entertaining to watch play. But he also captured the hearts of Kentucky fans of all kinds. I’m not even sure I quite realized just how much […]


Both dirt and asphalt racing are scheduled to begin in the region this weekend, with races set for 201 Speedway in Johnson County and Kingsport Speedway in Tennessee. 201 Speedway, a dirt track located at Sitka near Paintsville, will be open Saturday for a “Test-N-Tune” practice day. Gates will open at 3 p.m., with practice starting two hours later. Admission […]

As we start another year of turkey hunting, I am ever mindful of the miles and years we have put on these bodies and wonder how much longer? I am in total awareness that the day we are born, we start to die. The sooner we realize this, the better off we are. One day, and I am sure it […]


When Jimmie Johnson climbed out of his Chevrolet in victory lane at Auto Club Speedway in California, it was only appropriate that across the front of his uniform was the Superman emblem. It took another one of Johnson’s Superman-like efforts to capture the checkered flag in the Auto Club 400 as the 200-lap race had to be extended five extra […]

We had some cold nasty weather this winter and now I am ready for some warmer spring weather. I have had several reports of some good bass and crappie fishing on several area lakes already, and hope to get started myself this week. When you see the dogwood trees blooming, it is time to start crappie fishing. Crappie are one […]

Two Letcher County magistrates say they have talked with state officials in hopes of getting relief for homeowners and businesses saddled with some of the highest monthly electric bills in Kentucky. District Five Magistrate Wayne Fleming told his fellow members of the Letcher Fiscal Court this week that he had been to Frankfort testifying about the high power bills before […]