City will crack down on junk, pet lawbreakers


The Whitesburg Police Department is reinforcing city ordinances dealing with roaming dogs and junk. Whitesburg Police Chief Tyrone Fields said residents have been complaining about excess garbage located in yards, dogs getting in trash, and dogs chasing people. “I want to remind everybody about the dog ordinance and trash ordinance,” said Fields. “It’s getting to be a real problem. They […] 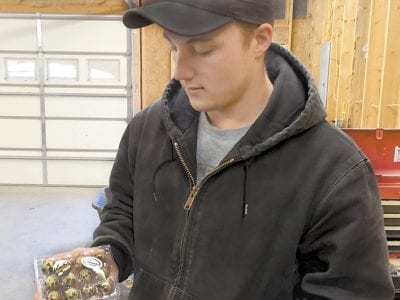 What began a few months ago as a new hobby is turning into some extra income for a young Letcher County man. While surfing the Internet late last fall, Aaron Halcomb grew interested in raising Coturnix quail — tiny fowl that are raised for both their meat and eggs. After building a small cage that he keeps in his garage, […]


Two women accused of disorderly conduct at the Whitesburg hospital were scheduled for arraignment in Letcher District Court. The charges were filed after Whitesburg Appalachian Regional Healthcare security officers told police that Crystal M. Slone, 31, of Beattyville, and Brenda Blair, 40, of Jenkins, were caught stealing sheets, towels, washcloths and a gown and returned them before Whitesburg police arrived. […] 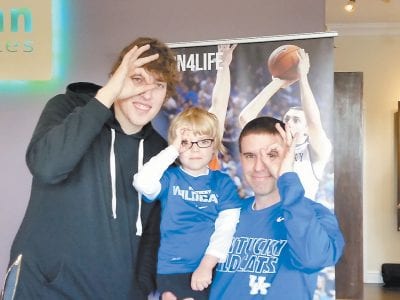 
Sporting News columnist Mike DeCourcy always believed that Tyler Ulis would be a successful college basketball player and was one of the few who did not question whey Kentucky coach John Calipari signed the 5-9 point guard out of Chicago two years ago. However, even DeCourcy didn’t expect Ulis to become Southeastern Conference Player of the Year, SEC Defensive Player […]

It’s a good thing I am not worried about getting another “Slam,” as I struck out in Florida. Still, all is well on this home front because my friend Rick Hardy, who is going after his first Slam, has already gotten two. He needs only the Merriam to complete his first Slam. We will be heading out West April 6 […]

It’s not often in the Sprint Cup Series that a one-car team has the opportunity to capture a checkered flag. On Sunday at Martinsville in the STP 500, JTG Daugherty Racing’s A.J. Allmendinger finished second to Kyle Busch for his best finish of the young season. It was another step in the right direction for Allmendinger and his team as […]

Like many of you, I grew up playing and fishing in the creek. I have many good memories of fishing down on Bull Creek when I was younger with my grandpa. Everything was so much smaller and life seemed to be more enjoyable. We are blessed to have so many good streams and creeks to fish in our area. I […]

A tip o’ the cap to this year’s champions, the Wildcats of Villanova University, who claimed their second national title Monday evening. As I have written several times, the winner would be whoever played consistently very well, meaning not having a single bad game against increasingly tough competition, and avoiding injuries, and this year they were that team. Let’s take […] 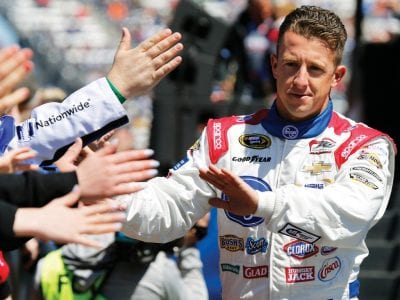 CHARLOTTE, N.C. It’s been all the usual suspects in victory lane through the first six NASCAR races this season. Although Kyle Busch swept the two national races at Martinsville Speedway over the weekend, the tricky Virginia track gave other drivers a chance to shine and show their improvement. Among the biggest surprises were A.J. Allmendinger and Kyle Larson, who finished […]

Official says AEP, its bosses get rich as people suffer


To the Editor: People in Letcher County and eastern Kentucky are getting bled dry by the Kentucky Power Company. While many people in our county are drawing $600 or less every month and our coal miners are losing their jobs, the fat cats running the power company are living well. AEP is the parent company of Kentucky Power, and they […]