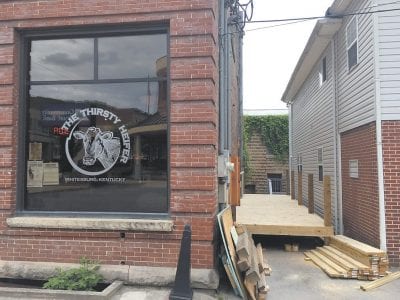 W’burg’s Main Street will close for traffic, open for people

Whitesburg Mayor James W. Craft hopes Saturday’s MayFest event on Main Street creates the same level of excitement downtown as Oktoberfest did last fall. “I thought it was excellent,” Craft of the October 24 event attended by hundreds of people who came out to listen to live music, socialize and eat local cuisine. “People enjoyed the evening. It was just […] 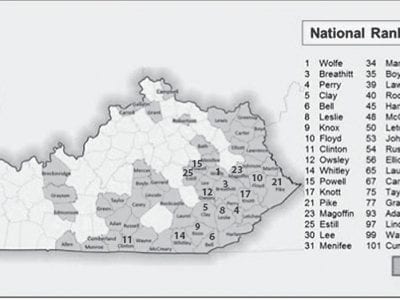 
Our county is one of the nation’s 50 most vulnerable to an outbreak of HIV or hepatitis C from intravenous drug abuse. Yes, it’s that bad, according to a preliminary report from the federal Centers for Disease Control and Prevention (CDC). Of the nation’s 25 most vulnerable counties, 16 are in Kentucky. Wolfe County is No. 1, but there’s probably […]

Letcher County and the state of Kentucky are part of a growing epidemic of hepatitis C and HIV, with both diseases spreading by an increase in the sharing of needles for intravenous drug use. That was the message delivered to the Whitesburg City Council Tuesday night by Danielle King, a public health practitioner with the Kentucky River District Health Department. […]

Police still trying to find out who killed and ‘skinned’ dog


Police still do not know what killed a pet dog whose body was found in a Jeremiah neighborhood, apparently “skinned” of all its hair. “I can’t believe someone would do that,” Letcher County Sheriff Danny Webb said Tuesday afternoon. The body of the dog, an older Rottweiler mix named Jazz, was found last Friday lying beside the road at Arthur’s […]

Polls open here at 6 a.m. next Tuesday; 28 are on the ballot


The race for Letcher County coroner has been the most highly contested in the May Primary Election to be held here next Tuesday (May 17). Two Democrats and three Republicans filed to run for coroner after Marty Baker resigned from office last September. They are: • Democrat Perry M. Fowler, of Whitesburg, who was appointed coroner by Letcher County Judge/ […] 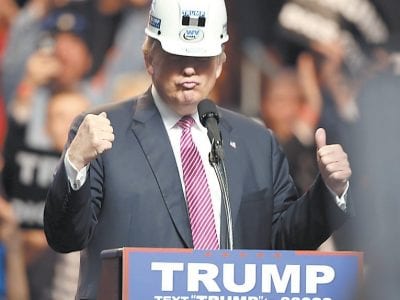 Donald Trump says he would bring back lost coal-mining jobs, and he is positioning for the November election in big coal states by portraying Hillary Clinton as a job killer. Trump, however, has yet to explain exactly how he will revitalize Appalachia’s coal industry. To pull it off, he will have to overcome market forces and a push for cleaner […] 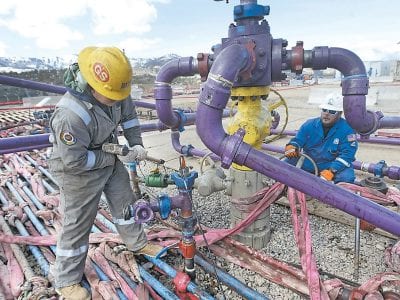 More natural gas in the U.S. is coming from wells that have been hydraulically fractured than ever before, and fracking’s share of the country’s gas supply is continuing to rise, according to new data from the U.S. Energy Information Administration. At the same time, the fracking boom in the U.S. has led to a major boost in natural gas consumption, […]

Sen. Bernie Sanders’s tax and spending proposals would provide new levels of health and education benefits for American families, but they’d also blow an $18-trillion hole in federal deficits, piling on so much debt they would damage the economy. That sobering assessment comes from a joint analysis released this week by the nonpartisan Urban-Brookings Tax Policy Center and the Urban […]

Letter to the editor


To the Editor: Those of us living in Letcher County want a community with meaningful, well-paying jobs. Those of us who live here see a future in this county and we are willing to work hard for it. Many have already given more than their fair share in blood, sweat, and tears, but they’ve grown tired of the superficial options […] 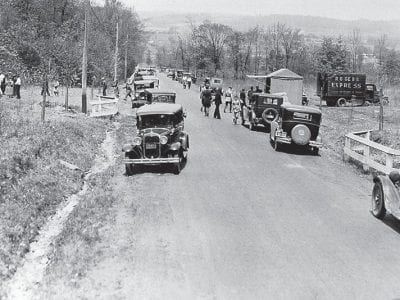 Police get break in ‘Crime of the Century’


Eighty-four years ago this week — on May 12, 1932 — the body of 20-month-old Charles Augustus Lindbergh Jr., the eldest son of famous aviator Charles Lindbergh, was discovered in a New Jersey field. In what was then known as the “Crime of the Century,” the baby was kidnapped from his crib on March 31, 1932. Lindbergh paid a ransom […]