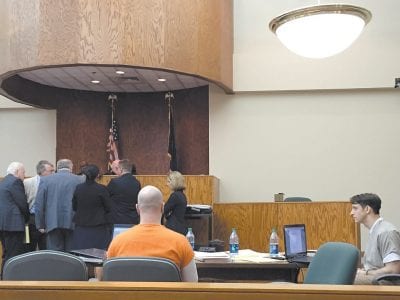 If you sign an online petition on Facebook or some other social media site you might find yourself subpoenaed to appear in court. That’s the message delivered in Letcher Circuit Court June 10 when several county residents were forced to go to court to answer for either “liking” or commenting on an online petition that appeared on Facebook and called […]

Jenkins board continues the stressful task of hiring supt.


The Jenkins Independent Board of Education now hopes to have a new superintendent by June 23. The board met in special session June 9 to discuss the superintendent candidates presented by a search committee established for that purpose. The board went into executive session after the meeting was called to order, and emerged after a lengthy discussion with no decision […]

Although some local officials — as well as a growing number of citizens — appear to be warming to the idea of Letcher County becoming the state’s 15th county to approve a needle-exchange program, the service would not be open to drug addicts here for at least six months after it was formally approved. “At this point we don’t have […]

Does the memory of last year’s season-ending loss to Louisville that cost UK a bowl bid after the Cats got off to a big early lead still haunt Coach Mark Stoops? “I hope it motivates our guys. I’m not going to sit there and talk about that all the time. I’m going to move forward, and I’m going to control […] 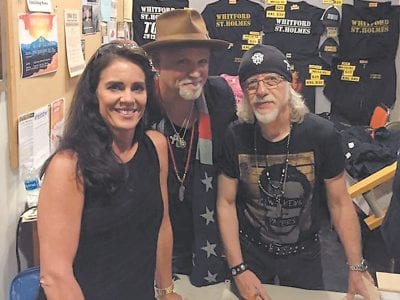 Trip west begins to wind down

I was home in Letcher County for the 50th wedding anniversary celebration of Raymond “Pap” and Mrs. Brown. It was a great event, put on by their daughter, Connie Sturgill, and son Dale. I was proud to be at the event. I was concerned to see my lifelong friend Jerry Barker walking on a cane, but he assured me it […]

Tony Stewart raved about NASCAR’s aerodynamic package and ranted about its restarts after one of his best performances of his farewell season. Downforce was reduced to 1,500 pounds and spoilers were shortened to 2.5 inches for the first time in more than a decade. Those were part of changes that were implemented for the first time Sunday at the FireKeepers […]

Penske Racing’s Joey Logano became the latest first-time winner this season when he was able to dominate late race restarts on his way to grabbing the checkered flag in the FireKeepers Casino 400 at Michigan International Speedway. The win makes him the 10th driver this season to notch a win and in the process all but guarantee himself a spot […]

I have been able to do a lot of fishing at Carr Creek Lake the past few weeks. We have caught a lot of fish, including several nicesize ones. We mostly caught bluegill and a few bass. I do not have a boat right now, so all of our fishing is off the bank and off the fishing docks. Still, […]

Whitesburg will have added a total of 112 new jobs by the time the new Taco Bell opens this fall, bringing with it 45 full- or part-time jobs. Taco Bell is currently under construction in the western end of the city. At the June meeting of the Whitesburg City Council Tuesday night, Mayor James Wiley Craft reported that while the […]