The federal government’s decision to build a new high-security prison in Letcher County will not change despite recent protests against the plan, the office of U.S. Representative Harold “Hal” Rogers says. “The prison is needed and it will be built,” Nick Camil, a field representative for Rogers, said during the June meeting of the Letcher County Planning Commission. Camil was […]

Pointing to an operating loss of $79,000 in the city’s sanitation department, the Jenkins City Council voted to raise garbage fees by $3 per month for homes and 35 percent for businesses. The vote to raise the monthly fees came after the council voted unanimously to pass the second reading of the city’s operating budget for the 2016-17 fiscal year, […] 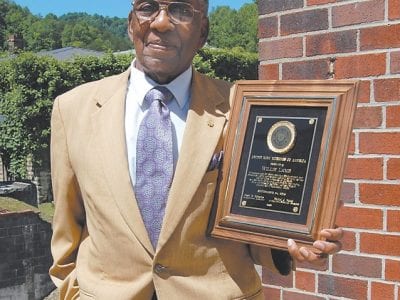 Ninety-two-year-old the Rev. Willie Lamb has been visiting and praying for patients admitted to the Whitesburg hospital for 60 years. “I just felt the need because the Lord put it on my mind to go to the hospitals and visit the sick and give them something to read,” said Lamb. In addition to being a volunteer chaplain at Whitesburg Appalachian […]


Ronald “Ron” Gene Parks, 81, of Ermine, died June 18 at Whitesburg Appalachian Regional Hospital. He was the son of the late Ralph and Opal Parks, and along with his wife, Sue Parks, was the owner of Messenger Florist at Ermine. The florist opened under different ownership in April 1949 in East Whitesburg, moving to Ermine several years ago after […]


The Letcher County Fiscal Court voted five to one this week to end its controversial plan to try to pass a local ordinance that would make it a crime for transgender citizens to use public restrooms that match their gender identities. Last month, magistrates and Judge/Executive Jim Ward voted unanimously to direct Letcher County Attorney Jamie Hatton to determine whether […] 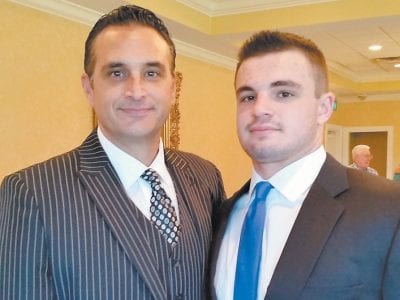 Linebacker Kash Daniel knew playing football at Kentucky and in the Southeastern Conference would be a big adjustment. What the former Paintsville High School star did not know was just how big it would be. “It has been challenging mentally every day to prepare yourself to go work and do everything you have to do 100 miles per hour no […]

‘Carl’ won’t be along for next trip

The weather has forced Carl and myself to go deep into the last day of the hunt, hunting in North Platte, Neb., with Closman Outfitters. Tom King, our guide, had done everything right, except letting Carl kill a Jake on the first morning of the hunt. We had endured everything bad that Mother Nature could have thrown at us — […]

Race to Chase heating up

The summer portion of the Sprint Cup schedule will get underway this weekend at Sonoma’s road course, and with the dropping of its green flag there will only be 11 races left for a driver to become Chase eligible. Ten drivers have already won a race this season, including seven different winners in the last seven races, and each one […]

Summer is officially here, and already it has been a good year for fishing with some nice size bass and crappie being caught. I have gotten to do a lot of weekend fishing and we have done well and caught some big bluegill. But as the summer heat turns the temperatures up during the day, it forces many anglers to […]


A good admissions essay may mean more financial aid for college Some colleges, especially private schools, require an essay as part of their admissions process for college freshmen. That essay may also help when it comes to paying for college, according to the Kentucky Higher Education Assistance Authority (KHEAA). Generally, the more exclusive the college, the more important the essay […]