Alpha is free of bankruptcy, but effect here not yet known


Alpha Natural Resources has successfully emerged from Chapter 11 bankruptcy protection, but what effect that will have on the company’s idled operations in Letcher and Knott counties remains unknown. On June 30, Alpha shut down subsidiary Enterprise Mining’s coal preparation plant at Roxana and EMC9 deep mine at Redfox in Knott County. That move came a year after Alpha idled […] 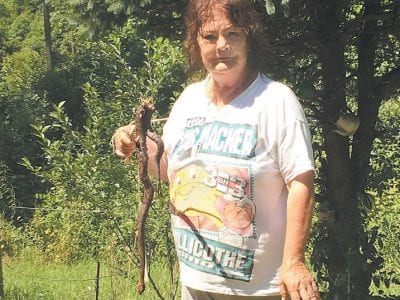 
Denita Calihan has dealt with her share of copperheads during her 73 years at Kingscreek, but never before had an encounter with one of the poisonous snakes left her as badly frightened as the one she just recently came face-to-face with. Calihan was in the front yard of her Paces Branch home last Thursday morning when she saw that a […] 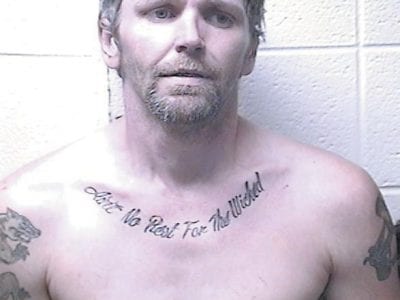 
A Letcher County Jail inmate who escaped from the rooftop of the Letcher County Courthouse last week is still at large. Stephen Alex Moore had been held in the county jail since late June when he was one of five people charged with making methamphetamine after leading police on a chase from Whitesburg to Ice. Moore was being held in […] 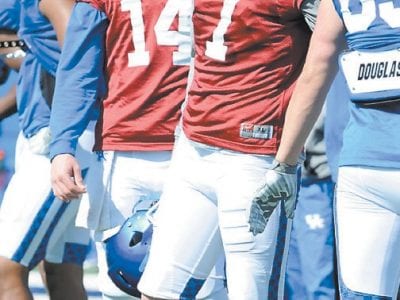 
Give Drew Barker credit for understanding that many University of Kentucky fans really do not yet know him — and he wants to keep working to change that. “I know I have had some setbacks before but I would not label that as who I am as a person. I am definitely nice and polite. Sometimes people get the wrong […]

A call from cousin stirs memories

The years have slipped by like the white lines on the highway at 60 miles an hour. Struttin’ Time started as a thought of two friends of mine, Dean and Nina Cornett of Blackey. Sharon, my wife, and I had bought a farm years earlier in West Virginia, and when we retired we were going to stay there most of […]

Jeff Gordon to the rescue

The only thing out of the ordinary at the sight of Jeff Gordon crawling behind the wheel of a Hendrick Motor Sport’s Chevrolet on Sunday at Pocono was that he got in the No. 88 instead of the No. 24 that he made famous. Gordon was filling in for Dale Earnhardt Jr., who missed his second consecutive race after suffering […]

A reminder on using spinner baits

Hot weather continues in our area and we could use some rain down our way. Some got rain on Saturday evening but not us, we got lots of thunder and lightning but no rain. Lots of people are canning and freezing their gar- den produce. Seems more are gardening than ever before, and some are selling their bounty at the […] 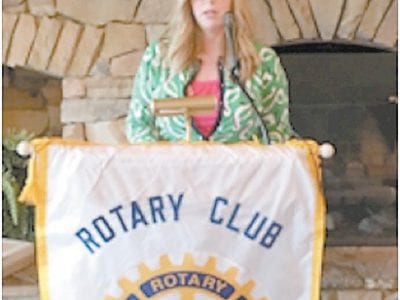 
Whitesburg Appalachian Regional Hospital Community CEO Dena Sparkman shared the results of the ARH Community Health Needs Assessment with members of the Rotary Club of Whitesburg during the July 6 meeting held at Pine Mountain Grill. Every three years, individuals who use the services of ARH are surveyed to determine how to better meet their health-related needs. The three priorities […]

Check out our Facebook page for announcements and pictures posted after each Senior Fellowship when the seniors meet. Good fun, good company, and a good lunch are a guarantee. Don’t sit home alone. This takes place each Tuesday. You will be as welcome as spring flowers. The Senior Fellowship was out in full force last week and had a great […]