Residents of the City of Jenkins will be given the opportunity to decide next month whether alcohol sales should be allowed in qualifying retail establishments. The city, which now permits the sale of alcoholic beverages only in qualified restaurants, will attempt to join a number of other eastern Kentucky cities and counties by voting to allow full alcohol sales. Letcher […] 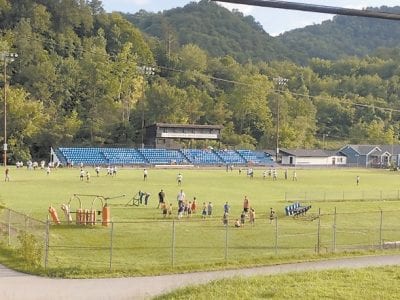 TRYING TO BEAT THE HEAT

Water board to use phone alerts


The Letcher County Water and Sewer District will now be able to access the same notification system the Letcher Fiscal Court and other county offices use to notify their customers about specific information concerning their water. Board Chairman Bernard Watts said that future notifications about water issues will go out on the county’s “Code Red” system. Customers who want to […]


A preliminary hearing will be held Thursday for a 21-year-old Whitesburg man charged in the brutal beating of a Whitesburg city employee last Wednesday outside of Walmart. Ryan Adams, of 43 Michigan Avenue, was charged with first-degree assault at 6:59 p.m. on July 26, about an hour and 40 minutes after he allegedly attacked Whitesburg Waterworks employee Larry Hall so […] 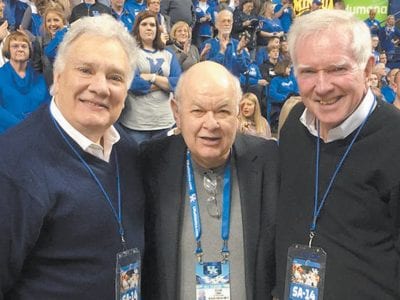 
I’ve told you before what a big John Calipari fan that former UK All-American Jack Givens is. But I think it is rare for a player as good as Givens was to understand what the arrival of Calipari meant to Kentucky fans after two years of Billy Gillispie. “He took the game and gave it back to the fans. Think […] 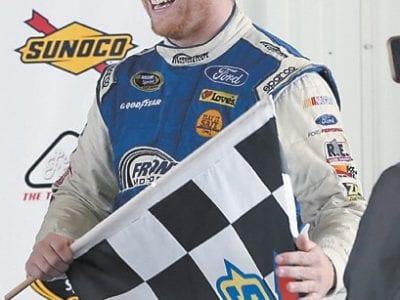 Buescher emerges in the fog at Pocono for first Cup win

LONG POND, Pa. Chris Buescher sat in his Ford, hoping that the fog would stick over Pocono and the cloud over the rookie’s middling season would start to lift. Buescher idled in his car, then stood with his arms folded on pit road. “I tried not to get my hopes up,” he said. Buescher emerged from the fog to become […]

In memory of Bill Baker

This is a sad day in my world, as another friend of mine has been carried across The Silent River. Bill Baker of McRoberts was a lifetime friend and one of the finest men I have ever known. He left this journey we call life much too soon. I would like to take this time to just reflect on what […]

It’s that time of the Sprint Cup season that the rumor mill begins to heat up about where some drivers may end up for the 2017 year. Owners know that it is not just enough for a driver to have the necessary skills that it takes to win races and run for championship, he must also be able to become […]

The louder the buzz bait the better

There are a many bass baits that are exciting to fish and bring heart-stopping strikes from bass. But the buzz bait has to be the absolute best at this. This bait has caused more near heart attacks for bass anglers than any other top water bait. When a feeding bass follows a buzz bait and hits it on the surface […]

Before we had electricity

Hoping to find that all my readers and loved ones are doing well. It is awful to be in pain or sick in any way. I watched the Trump convention al last week. It was good and I’ve changed from Democrat to Republican for the first time since I started voting in the ‘50s. Elections were fun back then, and […]