Letcher County Sheriff Danny Webb said his deputies and other police officers investigated a report that a student had planned on carrying a gun to Letcher Central High School last Friday, but determined the report was not credible. “At no time did school officials or law enforcement feel that that the students and personnel at the school were in any […] 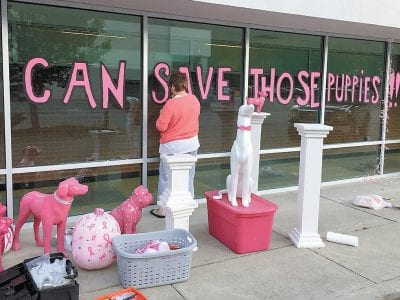 Woolly worms differ whether winter will be awful or mild

The National Association of Woolly Worm Winter Weathers Watchers (NAWWWWW), after watching both the Republican and Democratic Conventions a few months back, has decided to forego its own convention this year. “Politicians are giving conventions a bad name,” they say, “so we are simply trying to avoid the ugliness.” As a result, they are leaving the actual forecast up to […]

Service being planned for murder victim, 50


A memorial service is being planned for 50-yearold Michael Dean Lowe, who was murdered in his home at the Mountain Breeeze Apartment complex in Burdine on October 4. At Mountain Eagle presstime this week, no arrest had been made in connection with the case and authorities appeared to have few leads into the identity or the motive of the person […] 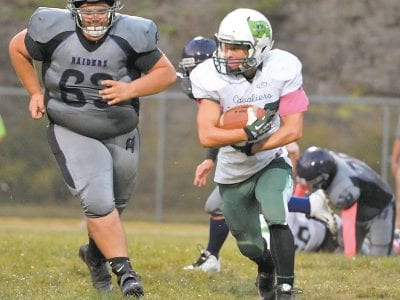 Does having Brad mean Dad stays?


Having his son on the team could guarantee that Kentucky coach John Calipari will be at Kentucky the next four or five years. Or at least that is what Calipari recently told ESPN. Brad Calipari is a freshman walk-on at UK and is excited about the opportunity to be part of the program he has become so enamored with since […]

Jenkins receiver Brady Addington didn’t have a catch all night long against South Floyd in regulation. Addington hauled in a 15-yard pass from quarterback Darian Slone in overtime and then caught the conversion to help the Cavaliers to a 28-20 win over the South Floyd at Raider Stadium on Oct. 7. The victory snapped an 11-game losing streak for the […]

If it can go wrong it often will

Johnson heads for No. 7

When the Sprint Cup Chase got underway four races ago at Chicagoland Speedway, six-time Sprint Cup champion Jimmie Johnson was never mentioned as one of the favorites to end up in the Championship Four with a chance for his record-tying seventh title. All of that changed on Sunday after he won the rain-delayed Bank of America 500 at Charlotte Motor […]

This is the time of year fish like bluegill feed heavy to build fat to live on during the cold months. So they will be active most of the day and it can make for a very good trip. I have got to do a lot of bluegill fishing this year and have done real well. I have caught some […] 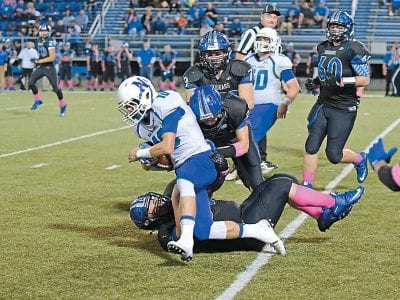 LCC falls back to even

The Letcher County Cougars’ record fell to 4-4 after losing a hard fought battle to defending district champion North Laurel 18-6. The LCC defense played a tremendous game, but a blocked punt and botched trick play led to 10 unanswered Jaguar fourth-quarter points that ended up being the difference in the game. North Laurel won the toss and elected to […]