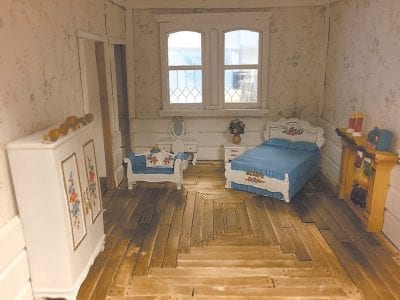 Although she is officially retired, Margaret Nichols was already back at her desk Tuesday in the office she has occupied for the past 28 years. “It’s going to take a while to break the habit of coming into the office every day,” said Nichols, who caught many people by surprise when she announced her retirement from the office of Letcher […] 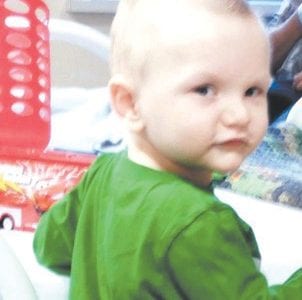 Hunter Ashley of Jenkins was barely two years old when his parents, Kimberley and Robert Ashley, began noticing that he did not seem well. When Hunter awoke in the mornings they observed that he had dried blood in his mouth. Other symptoms soon became apparent including paleness of the skin and fatigue. They quickly made an appointment with his pediatrician, […]

Three are first to face felony counts in 2017


Allegations of crimes involving cars represent two of the first felony cases recorded in Letcher County in 2017. David Sturgill, 21, of Blackey was charged with first-degree criminal mischief on December 30 after an arrest warrant was served by Sgt. Barry Engle of the Letcher County Sheriff ’s Department. The warrant, obtained by Tammy Mitchell of Roxana, charges that Sturgill […] 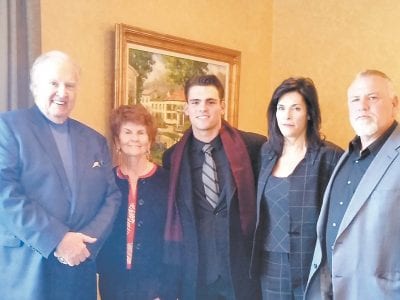 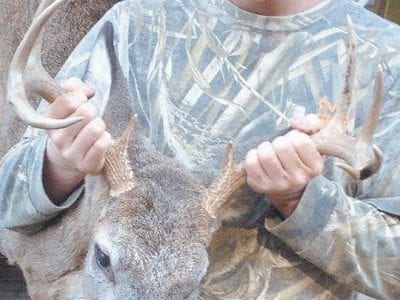 He knows where the big bucks are

Happy New Year. Struttin’ Time is back for the 2017 hunting season. We have several exciting hunts lined up for 2017, starting with a turkey hunt for Rio’s in Kansas, hunting with my friends at Little Creek Ranch — this is my 17th year to hunt with them. Then it is on to New Brunswick, Canada for a spring black […]

It’s that time of year where you feel an obligation to write down a few things that you are going to try and accomplish during the New Year. Weight loss and exercise are rumored to be required in some states as everyone’s first two resolutions. I figured out years ago the best way to list any resolution is with a […]

A new year of fishing lies ahead

Well, 2016 has come and gone and 2017 is underway. This brings change to everything including fishing. It is still the winter fishing season and even with a mild winter so far there are some choices as to where to go and what to fish for. During this time of year with the lakes all pulled to winter pool, most […]

New year brings memories of past

Happy New Year! As I reflect back over the past, it is ironic how many changes have transpired through the years. Take the computer as an example. I can remember when you couldn’t have given me one free as I didn’t want any part of one. I still am not that computer savvy, yet I manage to hunt and peck […]

Will Caudill, Rt. 7 to bring in Old Christmas

Go to our Facebook page for announcements and pictures posted after each event, www.facebook.com/pages/Hemphill Community-Center. The old year was a hard year for us. We have had to rethink a lot of things and roll up our sleeves and use more elbow grease. Change is always hard but not always bad. Entering 2017 we are hopeful for the future and […]

Football finally means something again in the state of Kentucky


Longtime Frankfort State Journal sportswriter Brian Rickerd, whose perspective on University of Kentucky football is informed by decades of analysis and observation, finds the silver lining in the Wildcats’ TaxSlayer Bowl thumping by Georgia Tech last Saturday. In a nutshell, UK football is relevant again, Rickerd opines. He’s right. The same can be said of football generally in the commonwealth, […]