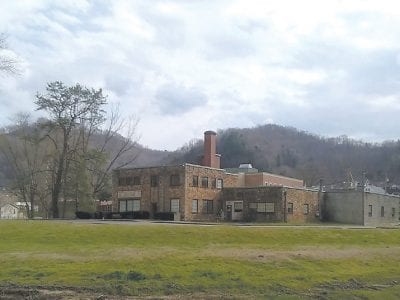 At least 10 positions — and possibly as many as 15 — at Southeast Kentucky Community and Technical College’s five campuses have either been eliminated or the persons in those positions have been notified that their contracts will not be renewed after this semester, faculty and staff say. Employees paint a picture of a college with chronic budget overruns and […] 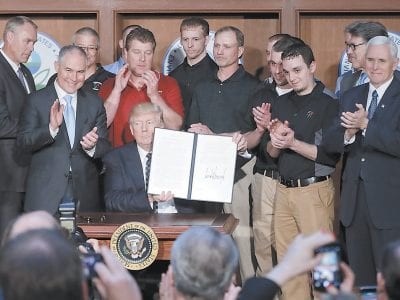 Trump says order will put coal miners back on the job

By MATTHEW DALY and JILL COLVIN
The Associated Press

WASHINGTON Declaring an end to what he’s called “the war on coal,” President Donald Trump signed an executive order this week that eliminates numerous restrictions on fossil fuel production, breaking with leaders across the globe who have embraced cleaner energy sources. The order makes good on Trump’s campaign pledge to unravel former President Barack Obama’s efforts to curb global warming, […]


A Georgia man who was acquitted here in 2013 of murder has been indicted on a felony charge again in Letcher County, this time on counts of transporting and selling heroin. The Letcher County Grand Jury indicted Alfred “New York” White, 50, of Jonesboro, Ga., on one charge of importing heroin and one charge of first-degree trafficking in a controlled […]


At times he might have wondered what it would be like to be playing at Kentucky now, but Hamidou Diallo insists he never lost track of his plan. He enrolled at Kentucky in January intending to redshirt the rest of this season and then have a head start on the 2017-18 season where he figures to be a starting guard […] 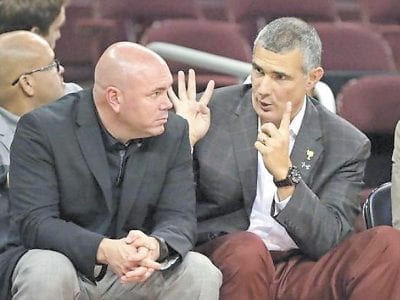 Coach’s ties to Jenkins gives us reason to cheer


Thank goodness we basketball fans in Letcher County still have an SEC team to get behind in the NCAA Tournament. Even better, Jenkins High School graduate Matt Figger has played a major role in putting together the team in question, the University of South Carolina Gamecocks, and helping them become one of the biggest success stories in college basketball today. […]

The coolest thing happened to me this past week in Letcher County. I had been doing what I normally do this time of year, scouting for turkeys on some of my finest friends’ property. I am always thrilled when I come from the woods and know my friend has me a place to warm and a great cup of coffee. […]

The Monster Energy Cup Series finished its three-race NASCAR Goes West portion of the schedule on Sunday at Auto Club Speedway in Fontana, Calif., and for California native Kyle Larson it was the homecoming that every driver dreams about. The three-day weekend of racing was dominated by the Chip Ganassi Racing driver as he also competed in the Xfinity race […]

Lakes are in the process of filling up

It seems most of the area lakes are starting to slowly rise some. Lakes in Kentucky and Tennessee are coming up some. It will take a while for the water to make it all the way to summer pool. While the water is rising it starts to cover some of the shallow areas and this will cause bait fish schools […] 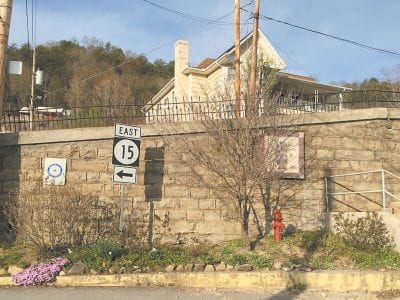 
Clips from available Mountain Eagle pages since our founding in 1907 Thursday, March 31, 1927 Whitesburg will field its own coalfield baseball team this spring and summer as players from the Marlowe and Sandlick camps will be combined and will play on the new diamond on the James P. Lewis Bottom. A pie and box supper was held at Marlowe […]