County residents may soon be forced to pay dramatically higher property taxes, County Judge/Executive Jim Ward warned this week after the Letcher County Fiscal Court voted down what Ward believed to be the best option for dealing with the county’s growing financial crisis. In front of a packed Letcher Circuit Courtroom filled mostly with natural gas company employees, the court […] 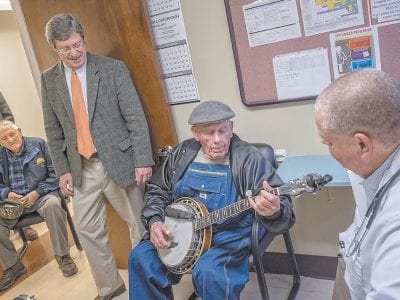 
Whitesburg-based Mountain Comprehensive Health Corporation is working on a plan that would allow some of its patients who receive Medicaid under Obamacare to volunteer at its clinics for 20 hours a week in order to meet new regulations proposed by Governor Matt Bevin. While the federal government still has not acted on Bevin’s proposal that Kentucky be permitted to require […]

Jury selection begins next week in the murder trial of James Richard Huffman IV, who is charged in the New Year’s 2014 death of Michael Hogg of Kingscreek in downtown Whitesburg. Huffman and Patrick Smith, also of Pike County, both face trial in the case. Smith, an ex-Marine, is charged with complicity to murder for allegedly holding Hogg down while […] 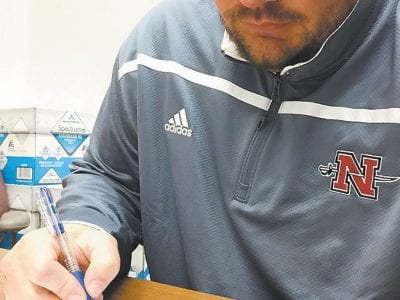 Fleming-Neon grad is Division I coach


By now, most local sports fans know the story of Matthew Figger, the Jenkins native who was just named head basketball coach at Austin Peay University after helping coach the South Carolina Gamecocks to the Final Four in Phoenix earlier this month. What fans here may not know is that Letcher County has another “Matthew” coaching in Division I basketball. […]

In praise of Rob Bromley


For the last 40 years Rob Bromley has covered University of Kentucky sports — along with other things — for WKYT-TV (Channel 27) in Lexington. However, he announced last week he was retiring at the end of September. I had been covering UK sports for about two years when Bromley started and never in 40 years have I heard him […]

Well, the big day is here and it is not turkey season that I am talking about. In 1998, the Kentucky Department of Fish and Wildlife asked the disabled and senior hunters, who had always before gotten free hunting and fishing license in the Commonwealth, to start paying $5 after the department said it only received money back for licenses […]

A big step toward ‘Eight’

Jimmie Johnson entered this season with all of the momentum from his seventh Monster Energy Cup title in 2016, but since the green flag dropped at Daytona to begin the season, the Hendrick Motorsports driver has struggled. Through the first six races of the season, he had only posted one top-10 finish, but he had to be excited about turning […]

All this nice warm weather has helped out the fishing. I have talked to several fisherman that have had some good trips. The dogwood trees are blooming out, and that is a sign that it’s time to start picking up on crappie and bass fishing. As the water temperatures rise and the water levels increase the fishing will get better. […]

Oh, I woke up the morning of April 9 to a beautiful, sunny day. So bright and so peaceful out with no cars passing and no children playing. They have all grown older, those near me. It doesn’t seem possible that no children want to get outside and play anymore. They like to play video games and Facebook, watch TV […] 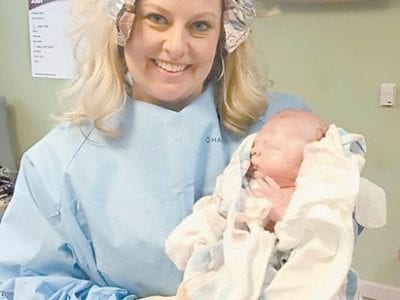 ALL IN A DAY’S WORK