Nearly 50 county government workers are out of a job or being scheduled for furloughs this week — the result of the Letcher Fiscal Court’s failure to raise new revenue sources to a serious budget shortfall brought on by drastic cuts in coal severance tax receipts. In all, 17 employees were presented with layoff slips and 32 employees were notified […] 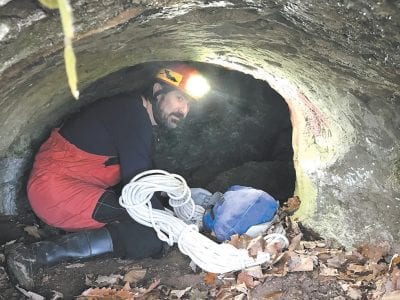 Can our legendary caves be made tourist-friendly?

With a rope cast into total darkness, Tommy Compton squirms through a hole barely as big as a bathroom sink and disappears into a void in the limestone on Pine Mountain near Whitesburg. He is the first human ever to enter the cave. Compton, a funeral director in Pike County, is an avid caver, and has explored most of the […] 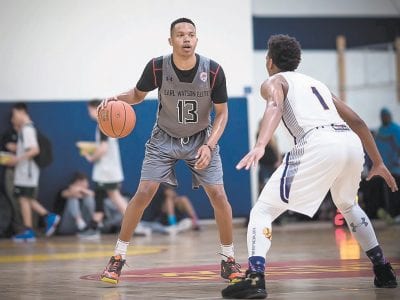 
It was not a surprise to Justin Downer when California guard Jemarl Baker got a scholarship offer from Kentucky earlier this month — or that he accepted it. “He is a kid that is very confident in his abilities,” said Downer. Downer is an assistant coach for Earl Watson Elite — the team Baker played for on the Under Armor […]

Young hunter gets her second turkey

This week, I am happy to do a second story of two of my most favorite people, Randy Bailey and his daughter Rebecca. I like Randy for several reasons, but one that is dear to my heart is he takes time to teach and to hunt with Rebecca. She is already heads and shoulders taller with hunting knowledge than some […]

One of the most anticipated moments for fans of any sport is when the schedule comes out for the following season. The NFL just released its schedule for the 2017 season and fans of all 32 teams knew that it would not be the same as the year before as the NFL plays on Thursday, Sunday and Monday with some […]

The cold rain and falling temperatures that appeared last weekend have slowed everything down on the area’s lakes. I was getting ready to do some fishing, but now I have to wait for better weather. I think we’ve been going through “blackberry winter,” but as soon as the weather warms back up for a few days, things should get back […]

Today is Easter, April 16. It has been a wonderful day to remember why we celebrate this special day. It hurts to know deep in our hearts what happened all those days of so long ago, but we have to think that we have a chance to go to Heaven when our Savior calls us home. Oh, what a day […] 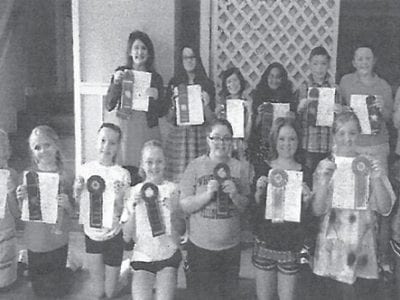 Conference to be held


The East Kentucky Leadership Conference will be held April 27 and 28 at Eastern Kentucky University in Richmond. The theme is Transitioning Eastern Kentucky: Economy, Workforce, Demographics. Appalachian Regional Commission Federal Co-Chairman Earl Gohl will be the keynote speaker at the annual awards ceremony. Registration will begin at noon on April 27. The awards ceremony will take place Thursday evening. […]