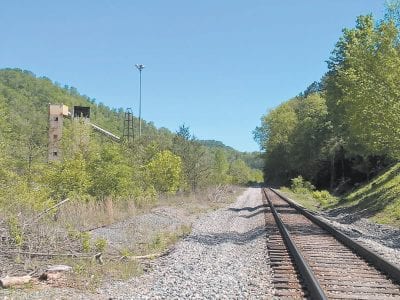 How much coal has left Letcher? What’s still here?

By SAM ADAMS and BEN GISH

If all the coal mined in Letcher County since 1900 were loaded onto 100-ton rail cars, the coal train would reach from Whitesburg to Los Angeles more than 22 times. It would reach around the world at the Equator twice, and still reach from Rio De Janeiro, Brazil, on the east coast of South America to Lima, Peru, on the […] 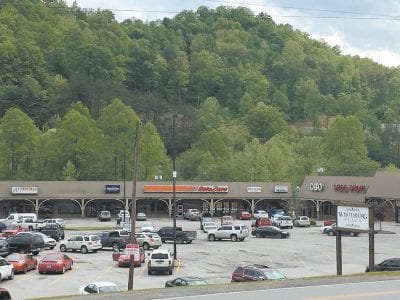 
Letcher County’s largest shopping center will be sold at public auction later this month. Letcher Circuit Judge James W. Craft III ordered the scheduled May 24 sale of the Whitesburg Plaza Shopping Center at Ermine after ruling that the shopping center’s owners, Whitesburg Realty LLC and Jeffrey C. Ruttenberg, are in default to lender Life Insurance Company of the Southwest […]

Fleming-Neon city employees will receive a three-percent pay increase when the city’s budget for fiscal year 2017-18 is adopted into law. The pay hike was suggested by Councilman James D. Collins after Mayor Suzie Polis conducted the first reading of the city’s new budget as well as the 2017-18 budget for the Fleming-Neon Water Company. The budget shows revenue of […] 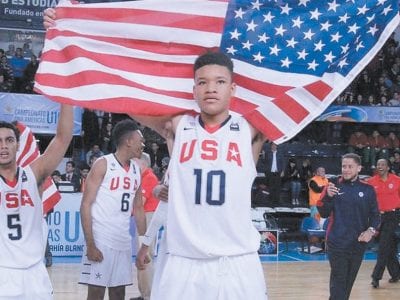 
Kevin Knox fooled most of the recruiting analysts when he announced that he would play college basketball at UK — not North Carolina, Duke or Florida State as the analysts expected. Never mind that Knox, a 6-9 player with guard-like skills, had always listed Kentucky as a possibility and that several sources at UK had continued to say they liked […]


Wild turkey hunters in Letcher County killed 205 birds during the 2017 spring season that ended May 7, all of them males. The number of turkeys killed in Letcher County was the 22nd highest in the 29-county southeast region as identified by the Kentucky Department of Fish and Wildlife Resources. Pulaski County led the region with 610 birds killed, followed […]

Did you apply for the coming drawing for elk hunts in Kentucky? If so, did you think you were watching a Keystone Cops movie? The drawing was supposed to be held May 3, but when you went to the Kentucky Department of Fish and Wildlife’s webpage to see if you had been selected you saw those dreaded red letters informing […]

Finding the next Junior

When Dale Earnhardt Jr. announced a couple of weeks ago that he would be retiring at the end of this season, all eyes immediately looked to his owner Rick Hendrick and how he would ever replace the most popular driver in the Monster Energy NASCAR Cup. During his tenure at Hendrick Motorsports, Dale Jr. has yet to win a title […]

Slow down while the weather is cool

We have been in kind of a cool weather pattern for the past several days, with the nights being very cool. This type of “mild” weather slows everything down some including the fishing. Fish love the nice warm weather when they can chase shad and baitfish into shallow areas to feed. But when the cooler weather comes through it slows […]

A disappointing vote from our representative


For years, U.S. Rep. Hal Rogers has been known for bringing what we have often considered very needed projects and money to eastern Kentucky. But in voting for the Republican-pushed “Trump Care” last week, rather than bringing home the bacon, Congressman Rogers served his constituents a poison meal of spoiled chitlins. The tenderloin and the center-cut chops went to corporations, […]

We should never forget May 4, 2017. It should forever be marked as the day when the House of Representatives descended to a new level of cruelty, irresponsibility and social meanness. The lower chamber has always claimed to be “the people’s house.” No more. It should now come to be known by other names: the house of selfishness, the house […]