This wake-up call applies here, too


Southwest Virginia got a wake-up call recently. It came in the form of the driest of prose, namely the annual filings that utilities have to make each year with the state regulators. These filings — one by Dominion Resources, the other by Appalachian Power — spell out in tedious detail where their power comes from now and where the utilities […]


Funeral services for the Rev. Chester Lee Hatton, 78, of Russell Springs, will be held at 1 p.m. today (May 17) in Whitesburg. Burial will be in the R.B. Caudill Cemetery in Whitco. He died May 14 after a long illness. Born in Whitco to the late John Henry “Johnie” and Mattie Mae Mullins Hatton, he was a brother of […]


The Letcher County Grand Jury has charged an Isom woman with promoting contraband in the first degree while she was confined in the Letcher County Jail. Deputy Jailers Angie Field and Samantha Gordon say they saw Jessica C. Moberly, 35, of 778 Hwy. 1148, Isom, retrieve a baggy containing 19-1/2 Quetiapine pills — an antipsychotic used for the treatment of […]

Nice weather has brought the fishing action back to life a lot on most lakes. During all that cold, rainy weather we were having, the fishing action really suffered and became tough. But with air and water temperatures returning to normal or above, the fish like bass, crappie and bluegill will really turn on and start feeding. This is great […]

It has been 25 years since Bruton Smith’s Charlotte Motor Speedway decided to host the sport’s annual All-Star Race at night. His right-hand man was Charlotte’s president, Humpy Wheeler, who was known to push the envelope when it came to promoting a race in order to put fans in the seat. It was going to be the first-ever night race […]

I hate to say I told you so, but … Last week’s Struttin’ Time came out on Wednesday and the Kentucky elk hunt draw results were released on Saturday night, somewhere around. I didn’t have a thought about checking to see if I had won a tag, but then again, I never needed to. My smartphone and computer told me […] 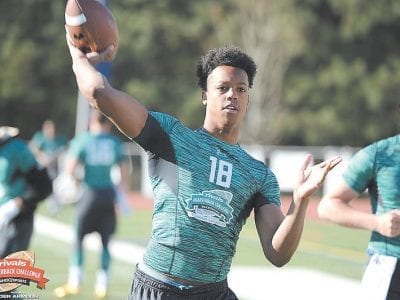 
Malik Monk is considered a lock to be a top 10 pick in the June NBA Draft, but that doesn’t mean everyone feels he is destined to be a NBA star. Monk led the Southeastern Conference in scoring at Kentucky as a freshman and was among the nation’s elite scorers from 3-point range. Yet ESPN analysts Fran Fraschilla and Jeff […]

2 drug suspects accused of having sex in public


A Whitco couple was arrested on drug charges after allegedly being caught having sex in a car in the Whitesburg Appalachian Regional Hospital parking lot. Whitesburg Police Officer Jordon Clemons on May 12 charged Jennifer Patricia Brown, 30, and her husband, Jason M. Brown, 36, each with disorderly conduct, public intoxication and possession of cocaine. Jason Brown was also charged […] 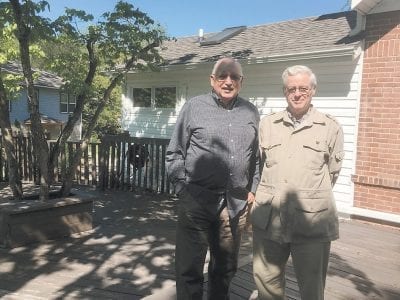 Letcher County will have to find a new county treasurer at the end of the fiscal year on June 30, when current Treasurer Phillip Hampton calls it quits after 37 years of serving the county. Following his monthly report at the May meeting of the Letcher County Fiscal Court, Hampton told the court of his decision to end his long […]