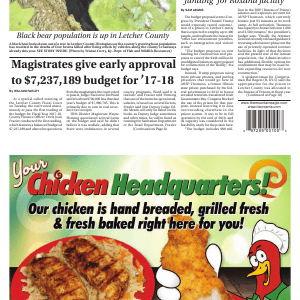 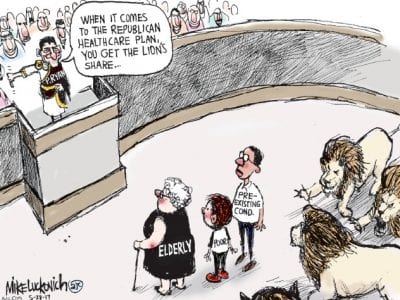 By ALLISON ROSS
The Courier-Journal

Kentucky Gov. Matt Bevin, facing an ethics complaint about the unusually low purchase price of the Anchorage mansion he’s living in, took to Twitter over the weekend to personally attack a journalist who has been reporting about the controversy. Bevin called Courier-Journal reporter Tom Loftus a “sick man” for allegedly being “caught sneaking” around Bevin’s home and property. Bevin’s tweet, […] 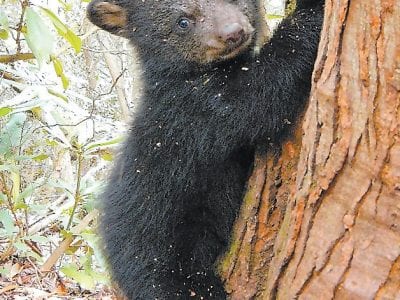 As bear population grows, more are being killed on roads while seeking food

Drivers in eastern Kentucky by this time are all too familiar with the sight of deer carcasses and mangled auto parts lying on the roadside after unhappy encounters between whitetail deer and speeding cars. But if things keep going the way they are, drivers might soon become more familiar with a larger, heavier, more damaging roadkill — black bears. The […]

I didn’t record the conversation and I’m reasonably sure what I remember hearing was couched in more articulate, gentler, bedside phraseology when the doctor set me down to explain what condition my condition was in. But the only words that really stuck with me were, “You have cancer but you’re lucky.” He went on explain that I have a tumor […]

This past weekend marked what most consider the kickoff to the summer camping and fishing season. There were a lot of boats and fisherman on the lakes, with many anglers out fishing for a wide variety of fish from bass to crappie to bluegill to catfish. From now until Labor Day, there will be something at the lake for everyone. […]

Well, I am looking forward to my name being drawn for the moose hunt in Maine. Probably won’t happen, but I can tell you what my chances would have been, had I not applied — zero. This is the best $55 I spend almost every year on a draw hunt. I remember the first wild moose I ever saw in […] 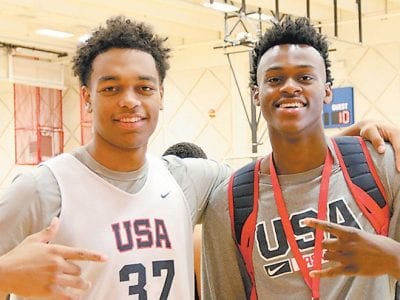 
Jarred Vanderbilt will be reporting to Kentucky June 6 as scheduled and apparently is fine after injuring his lower right leg/ankle late in the Jordan Brand Classic in April. “Everything is going well,” said Robert Vanderbilt, Jarred’s father. “He’s feeling good, looking good. He just can’t wait until he gets his opportunity at Kentucky.” Robert Vanderbilt said his son was […] 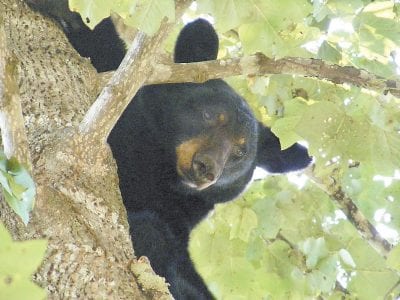 Black bear population is up in Letcher County