Because homes were undervalued before, rates will hold steady now

Home values are falling here, but a drop in tax assessments like the one that has hamstrung local taxing districts is not likely to occur again next year, officials and real-estate agents said. Most of the drop in assessments this year was attributable to unmined minerals evaluated by the Kentucky Department of Revenue when mining declined. With unemployment up, and […] 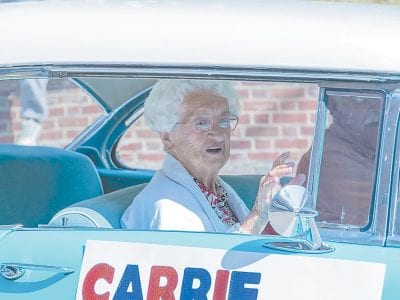 
Carrie Bates, who is believed to be the oldest resident living in the City of Whitesburg, was honored for her contributions to life in Letcher County during a ceremony Saturday before the Mountain Heritage Festival Parade. Speaking at the kickoff to the annual Mountain Festival Parade, Whitesburg Mayor James Wiley Craft noted that Bates was born in Thornton July 29, […]

The Jenkins Independent Schools Board of Education set a slightly higher tax rate for the coming year at its Monday evening meeting. The new rate of 87.3 cents per $100 real property will add about $20 to the tax bill of a property owner with a house valued at $50,000, according to charts included in the presentation by District Finance […]

‘We did some boneheaded things’


How could Kentucky not have seen an uncovered Florida receiver on two different plays that gave the Gators two easy touchdowns? How could no one on the field see a receiver waving his arms for the football because no one was lined up close to him? How could 11 UK staff members in the press box not notice or how […] 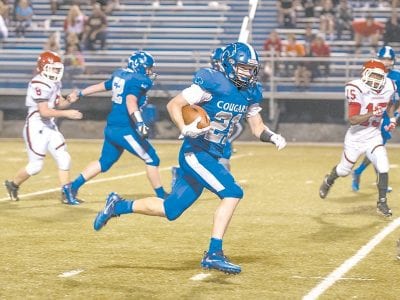 LCC loss to Perry was replica of week before

Letcher County Central fell to 0-6 with a 44-34 defeat against rival Perry County Central in the first district game of the season. The game was a carbon copy of the previous week’s contest against Pike Central where LCC struggled mightily in the first half then made a ferocious comeback only to come up barely short at the end. Kalin […]

Now is time for crappie of a lifetime

The arrival of early fall means that crappie fishing is getting better by the week. This was sure the case for a friend of mine, Ted Adams, who caught the crappie of a lifetime on Cherokee Lake in Tennessee last week. It measured more than 17 inches long and weighed around three pounds. He was going to keep it and […]

Matthews: ‘We have to be turnover free’

It’s already week seven of the football season and the Letcher County Central Cougars are still looking for that elusive first win. It’s been an unusual season to say the least. The Cougars will look good in spurts and then the wheels fall off. Turnovers have played a big part in the team’s misfortunes. The Cougars started the season by […]

Why litter what is on loan to us? 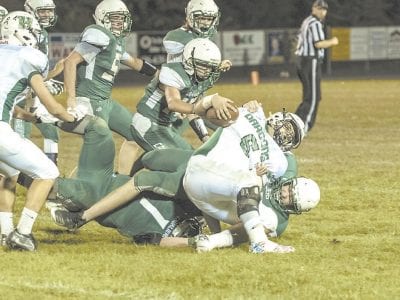 The seamy underbelly of college basketball has always existed, despite the halfhearted and mostly futile efforts by the NCAA to make sure everybody plays fair. Now that it’s finally been penetrated by real lawmen, the only question is how many people the FBI ends up taking down. The number stood at 10 Tuesday after federal prosecutors moved to arrest, among […]