Water rates will jump to $34.07 if plan approved

The Board of Directors of the Letcher County Water and Sewer District voted unanimously to start the process of its first-ever rate increase for Letcher County water customers. Board Member Richard Carter, who made the motion, said this is the first time the district has ever raised rates since it was formed in the 1990s. If the Kentucky Public Service […] 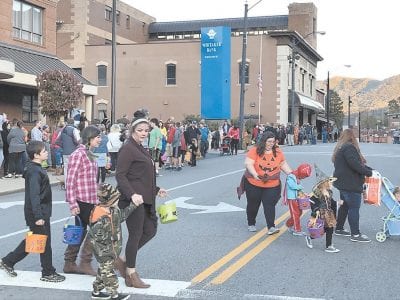 Letcher County’s push to jumpstart the tourism industry here will pick up steam this weekend with the debut of publicly-run guided tours on Pine Mountain. The Letcher County Convention and Tourism Commission expects to begin taking online reservation today for “sunset tours” Friday and Sunday evenings, and hiking tours Saturday and Sunday. The tours will be available on the tourism […]

Police looking for man who fired shot outside Walmart


Whitesburg Police are looking for an Ermine man who allegedly fired a shot during a fight in the Walmart parking lot. Assistant Police Chief Justin Hunsucker said he obtained a warrant for first-degree wanton endangerment on Larry Baker, 32, of Ermine. Baker fled the scene and has not yet been located, Hunsucker said. According to Hunsucker, Baker came out of […] 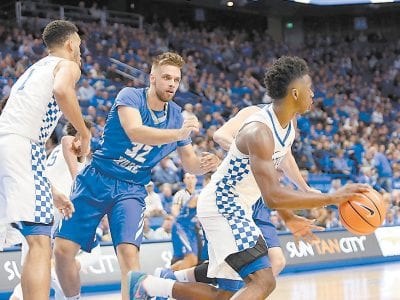 
Hamidou Diallo almost left Kentucky after one semester for the NBA before deciding to stay at UK. Now he’s being counted on as UK’s most explosive — and one of its most experienced players even though he’s yet to play in a regularseason game — this season. No one doubts his athleticism. He had the best numbers of any Wildcat […] 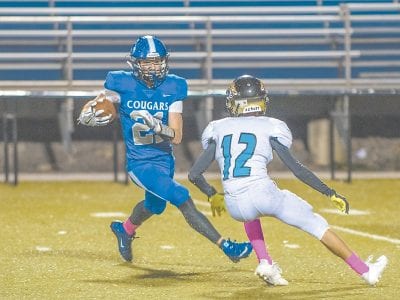 Letcher Central lost a shootout to Floyd Central in the season fi- nale by a score of 68-55. LCC overcame a 25-point second-quarter deficit to get the ball in the fourth quarter with a chance to take the lead. Despite amassing almost 600 yards of total offense, the Cougars fell just short of their first victory of the season. On […]

Use a live minnow to find crappie

Now is the time of cooler weather and milder temperatures on the water. This changes a lot of things for some fish, but not much for crappie. Crappie are fish — like smallmouth bass — that colder water does not have a huge effect on. As a matter of fact, crappie can be caught all winter on most lakes by […]

Well, another failure on my part. I never black bear hunted in Letcher County. I had planned to get three black bears this season, one in Maine, which I did, one in North Carolina, which really got turned upside down when my brother never carried through with our plan, then in Letcher County with archery, but the weather and the […] 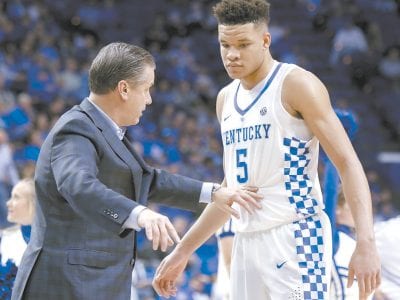 LEXINGTON John Calipari can’t recall coaching a Kentucky team so young. That’s a major statement considering the Wildcats’ run of “one-and-done” players since he arrived in 2009. This year Kentucky has eight freshmen, no upperclassmen and an average age of 19.43 years, making this group one of Calipari’s most youthful rosters. That doesn’t mean the expectations change for Kentucky. Fans […]

Pension change proposal and its effect on children

You may be asking yourself, “Should I worry about proposed pension changes for teachers?” Well, the answer is a resounding YES! When looking at the changes to the inviolable contract the state has with retirees there a few things that you need to keep in mind. Recruiting quality teachers in eastern Kentucky is a challenge, but for the most part […]