Coal jobs are up to 48 in Letcher


Letcher County had 48 coal mining jobs at the end of the third quarter of 2017, an increase from only 28 mining jobs for the quarter ending June 30 but down 35.1 percent from September 30, 2016, when 74 miners still held jobs in coal mines located inside the county. Coal employment and production figures released this month by the […] 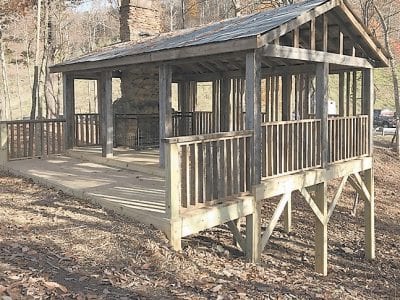 
The Letcher County Tourism Commission hosted a ribbon cutting ceremony for five new overlooks on Pine Mountain overlooks. “These overlooks were an obvious must-have for our county,” said Missy Matthews, chairman of the Letcher County Tourism Commission. “Before the overlooks were constructed, people got out of their cars, climbed over guardrails and walked through weeds to take pictures. Now, they […]

Cowan Community Center and the City of Whitesburg are urging residents to go online before Monday and vote for the community as part of a grant process that would bring a 10-week free concert series to Letcher County. The Levitt Amp promotion is one of seven projects volunteers recruited at the Letcher County Tourism Commission town hall on Tuesday plan […] 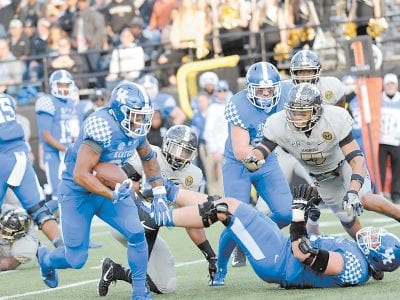 
Former UK quarterback Freddie Maggard has seen enough. He says sophomore running back Benny Snell is the best UK running back he’s seen in his years of following Kentucky. I’m a bit older than Maggard and watched Sonny Collins — and some others — before Maggard even knew about UK football. But I think I am on the same page […]

The real smallmouth season is close

This is the time of year most normal people want to be inside and warm. But some not so normal anglers like me are thinking about a early winter smallmouth trip. e best smallmouth fishing Th is during some of the coldest days of the year. Some of the old hardcore like me will brave the cold for a chance […] 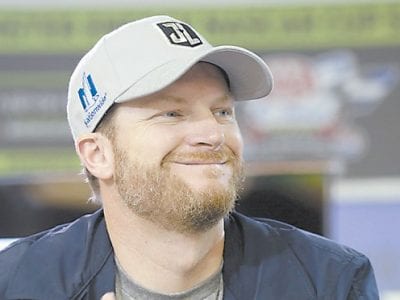 CHARLOTTE, N.C. He was so shy, so skinny, not yet somebody. It was around 1997 and Dale Earnhardt Jr. was testing at Talladega Superspeedway, wearing an all-white firesuit. Bobby Labonte was the star at the Alabama test that day, and all the media crammed into Talladega’s woodpaneled press room to talk to Labonte. I’m not sure anyone talked to the […]

2017 has been great hunting year

As we wind down on another year, of “Struttin Time” we stop and reflect just how good a year it has been. You and I traveled together to hunt Kansas for spring turkey, we tagged out. North Carolina, to get into our regular mess, turkey, and black bear hunting. Nothing new in North Carolina, never put a gun to our […] 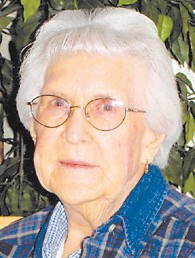 
Pina Freeman, 91, of Whitesburg, died November 11 at the University of Kentucky Hospital in Lexington. A daughter of the late George and Delia Potter Fox, she was the widow of James Hubert Freeman. She was also preceded in death by a son, Larry Chris Freeman; a sister, Maxie Deaton; and a brother, Alvin Leon Fox. Surviving are a daughter, […]


Funeral services for Cameron P. Dotson, 19, will be held at 11 a.m., Thursday, November 16, at the First Baptist Church of Whitesburg. Visitation will take place at the church from 6 to 8 p.m., Wednesday, November 16. Burial will follow at Powell Valley Memorial Cemetery in Big Stone Gap, Va. Born in Whitesburg, he was a son of Daniel […]