Along with local businesses and other organizations, the City of Whitesburg will participate with Mountain Comprehensive Health Corporation to develop a “community kitchen” as part of MCHC’s Community Agricultural and Nutritional Enterprise. The kitchen, which will be located in the old Whitesburg High School cafeteria/library building, will provide between six and eight jobs and will do some home delivery of […]


A Letcher County Grand Jury has charged a Kingdom Come man with 20 counts related to thefts and a high-speed pursuit on November 16. A woman passenger is facing a three-count indictment. Joshua James Ison, 36, is charged with several counts of wanton endangerment, assault and other charges related to the incident, which began on KY 15 near the intersection […] 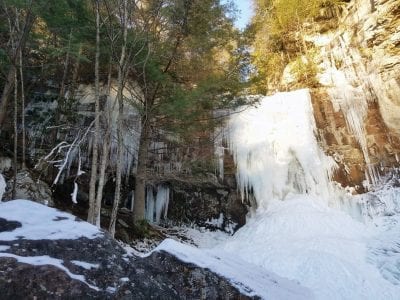 The five of us hiked across Pine Mountain at one of its highest peaks in Letcher County during our summer break from college. Larry Breeding of Isom, Ralph Adams of Whitesburg, Lindsey Back of Jeremiah, and I were on a summer EDITOR’S NOTE: When retired teacher Tony Blair saw Les Little’s photograph (seen above) of a frozen Bad Branch Falls, […] 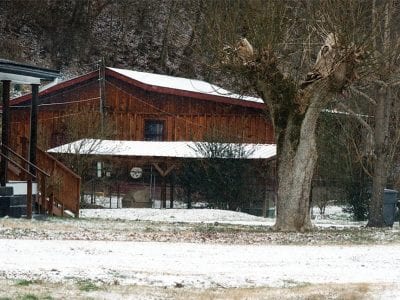 Kentucky State Police, Hazard City Police and the Perry County Sheriff ’s Department have arrested the owner of a Jeremiah home where a shooting occurred last week, but the alleged shooter is still at large. Police went to the Daniel Boone Motel on January 7 in an attempt to find Eddie Collins, 42, of Jackhorn. Instead, police found Shiloh Cody […] 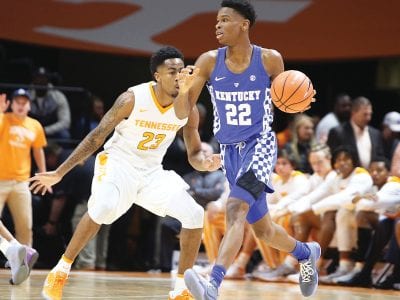 Welcome back, friends. Our last Struttin’ Time column was about our hunt in Texas, where we were looking for Axis deer. Although we tagged, it was not what we really wanted, but it put meat on the table. This year, we will start hunting in mid-March for another Osceola turkey in Florida. We will be hunting again with Ms. Kate, […]

LEXINGTON PJ Washington made a steal that led to Kevin Knox’s goahead layup with 2:28 left, then added four points down the stretch to help No. 21 Kentucky rally past Texas A&M 74-73 on Tuesday night. Trailing 59-53 with 8:43 remaining, the Wildcats clawed back to tie the game three times before Washington stole a high pass and fed Knox […]

Jig is bait to help you through winter

There are few baits that are truly effective for catching fish year round, but the jig is one bait that can really claim that title. The jig, when fished right, can catch bass on the hottest or the coldest day of the year. This makes this bait a top choice of cool weather anglers. This is one of my all-time […] 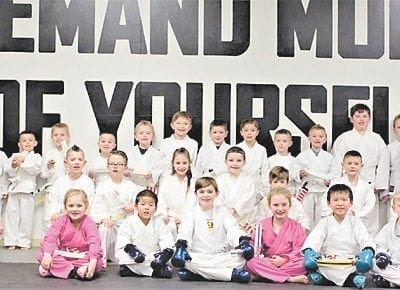 Winter is coldest in years

Hello everyone! How’s the new year treating you so far? We have been in a deep freeze for a couple of weeks in the Ohio Valley area with temperatures being below zero. Instead of complaining, we have a lot to be thankful for as we haven’t gotten what so many states are facing. At the time of this writing we […]

Go to our Facebook page for announcements and pictures posted after each event, www.facebook.com/ pages/ Hemphill- Community-Center. Inclement weather has had us stalled but we have weathered it quit well. One burst pipe is all so far, thank goodness! I hope you have weathered it as well. Weekly Quote: Civilizations should be measured by the degree of diversity attained and […]