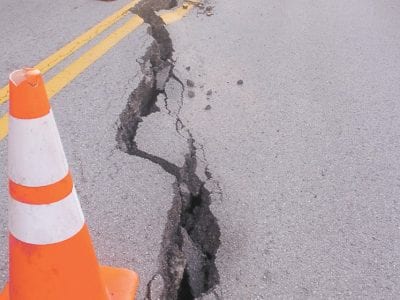 
Near the community of Oscaloosa, Anthony and Ramona Stamper are moving their belongings out of their home of 24 years as KY 588 threatens to tumble down an embankment and destroy their doublewide trailer. Orange barrels and traffic cones have cut the road down to one lane as a large crack in the asphalt that is longer than the Stampers’ […]

A school shooting last week in Florida has left parents and students in Letcher County jittery, and has caused schools to close all over the nation as school officials and police deal with real and imagined threats. Letcher County Central High School was closed two days for reports of threatening behavior, and other schools in the district were not immune […]

Jenkins settles lawsuit against cop for $55,748

The City of Jenkins has settled an excessive force lawsuit against Police Chief Jim Stephens that was scheduled to go to trial this week in U.S. District Court in Pikeville. Prestonsburg attorney Ned Pillersdorf, who represented Cecil Boggs of Jenkins in the civil rights lawsuit, announced the settlement of the suit before the February 20 trial date. The city agreed […]

Calipari is trying to stay positive


John Calipari spoiled Kentucky fans with his phenomenal success as soon as he got to Kentucky. Even the NIT season was somewhat easy to explain because of the injury to Nerlens Noel and unexpected departure of point guard Marquis Teague to the NBA. But this season has been perplexing to Calipari and downright frustrating to UK fans. A team picked […] 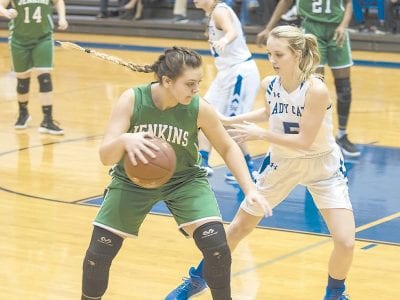 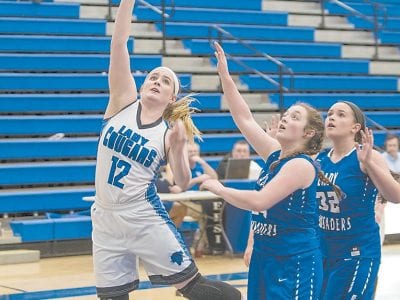 
The Letcher Central Lady Cougars will meet the Knott County Central Lady Patriots tonight (February 21) in the championship game of the girls’ 53rd District Tournament at Letcher Central. LCC advanced to the final by defeating June Buchanan on Monday night, 73-51. Knott Central defeated Cordia here in Monday’s opening round, 82-21. Despite the outcome of tonight’s game, both the […]

The days are getting longer and turkey season is getting closer. Meanwhile, two friends of mine, Gary Harper and son Phillip, called me asking to take part in some target practice. I took my trusted 9200 Mossberg turkey gun to Gary’s ranch and the shooting was on. For some reason, Gary decided he was going to shoot some 3-1/2 inch […]

We have had a lot of rain and flooding lately and it has pushed the rivers and streams out of their banks and raised many lakes very high. When the water is like this, fishing is just too dangerous and too tough. But a few days after the waters settle down and clear some, there are areas worth fishing. Any […]


The Letcher Central Cougars closed out their season Tuesday night with a loss to Cordia in the boys’ 53rd District Tournament, being hosted this year by the Ermine school. Combined with a final week of the season that saw losses to Hazard on Feb. 13 and at home to Perry Central on Feb. 16, the Cougars ended the season with […]

Daffodils are starting to pop up

Hello everyone! Grab your favorite beverage and let’s sit a spell and gab for a while. I hope everyone got a little something for Valentine’s Day. Once again it brought back memories of early years of our marriage. There were times we didn’t have money for extravagances but somehow I got something, though it might be just a bar of […]