Anyone who has ever tried to stream movies or upload video to the Internet knows there is often something missing in Letcher County — speed. Not only is it needed for entertainment, high-speed Internet is a necessity for many businesses today, and many people in Letcher County don’t have it. That could change as projects underway now are completed over […]

LOUISVILLE Gov. Matt Bevin’s administration cut dental and vision coverage for as many as 460,000 Kentuckians after his Medicaid overhaul plan was rejected in court. The state Cabinet for Health and Family Services called the cuts an “unfortunate consequence” of Friday’s ruling by a federal judge. Democrats and advocates for the poor condemned the Republican governor’s move as rash and […]


A father and son at whose home police found the weapon believed to have been used to murder Rickey Allen Gibson in April have been indicted on drug charges. In a separate indictment, Clifford Caudill, who is charged with murdering Gibson and who police say pawned the gun to dispose of it, is also charged with possession of a handgun […] 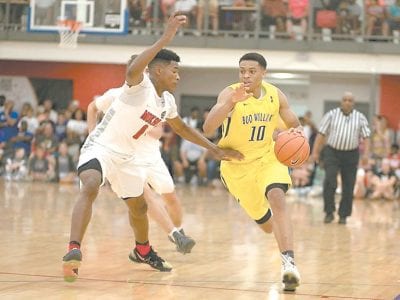 Cal’s team has ‘little bit of everything’


Many college basketball analysts projected before the start of the 2017-18 season that SEC basketball would be even better in 2018-19. The SEC sent a conference record eight teams to the NCAA Tournament last year, but preseason projections make it seem like this year could indeed be even better with Kentucky No. 1 in most early preseason polls, Tennessee in […] 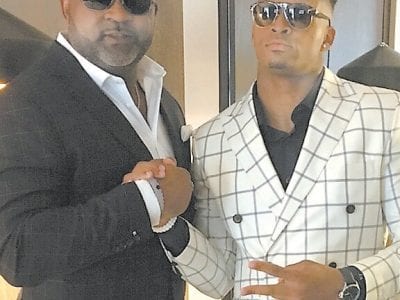 It is wide-open summertime right now with the very hot days making it hard to get out and enjoy outdoor activities like fishing. It will be a few months before it cools down some, so we have to look for ways to beat the heat. One way to beat the heat is to fish at night when the sun is […]

Join us for gathering at Labor Day

I would like to tell everyone about our coming reunion in the Daniel Boone National Forest, at Little Lick Campground. The reunion is for all the Letcher County hunters who hunted there until we stopped going as a group in 1998. I have been in touch with several who hunted with us, and the list already contains Dean Thompson, Tommy […] 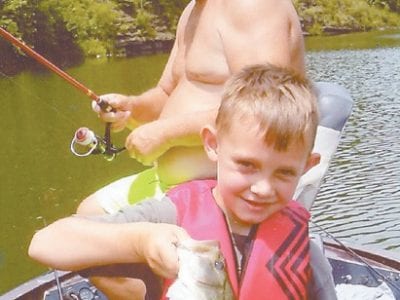 Go to our Facebook page for announcements and pictures posted after each event, www.facebook.com/pages/ Hemphill-Community-Center. It is official. The sheep at Black Sheep Brick Oven Bakery are going to be producing pizza and baked goods Thursdays, Fridays, and Saturdays. You may call in for carryout or dine in. Our new hours will be 3 to 9 p.m., three days per […]


Graveside services for Lake Crase Banks, 97, were held June 30 at the Watts Cemetery at Hallie. Born in Millstone to the late Marion Monroe Crase and Mary Alice Baker, she died June 27. She was the widow of Earnest Banks, and was also preceded in death by 17 siblings and half-siblings. Mrs. Banks was a homemaker, and for many […]

We have to have something to gripe about to stay happy

Wow. The highway department actually patched half of the holes between Webb Branch and Pound Gap. They seemed to have run out of asphalt around Bill Vanover’s bait shop. They missed a few, too. Perhaps someone could spray florescent paint around the ones they left. There are some really dangerous ones 10 or 11 inches deep near the Virginia line. […]